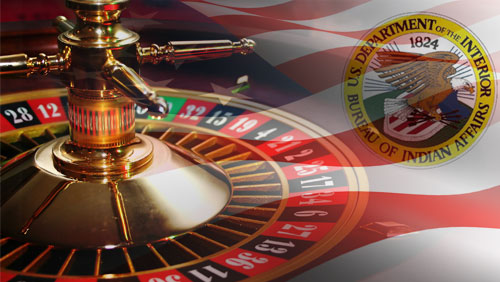 New rules proposed by the Obama administration could see a dramatic rise in recognized Native American tribes in the US, opening the opportunity for more tribes to secure rights to operate a casino.

The proposed federal acknowledgement reform will make it easier for tribes to gain federal recognition as an active tribe. The new reforms have received huge backing from large tribal groups but it hasn’t come without any controversy, especially for those who saw the rules as too lenient and rigged with ‘gaming incentives’.

It was a phrase used by Cheryl Schmit, Director of Stand Up for California, a state organization opposed to the opening of more casinos in the Golden State.

Schmit argues that these new rules could open up the possibility of gaming investors hooking up with these tribes and helping them finance their recognition. Once tribes are recognized, they will become eligible to make a run at opening a casino. California has 71 tribal gaming facilities, the highest of any state in the US. If these reforms get approved, there’s a possibility that at least two dozen new casinos could open up in the state alone, not even counting tribes in other states with similar plans.

The Bureau of Indian Affairs explained that while the changes are long overdue, it doesn’t mean that newly recognized tribes will have an easier path to obtaining casino licenses. “Whether to grant federal recognition and whether a tribe is eligible for Indian gaming are two wholly separate questions, governed by wholly separate standards and evaluated under wholly different processes,” Bureau of Indian Affairs Spokeswoman Nedra Darling told the McClatchy Tribune.

The existing regulations governing federal recognition of Indian tribes were originally put in place in 1978 and have been updated just once in 1994. Under the proposed regulations, tribes would only need to document political influence or authority since 1934, a far cry from earlier provisions stating influence or authority dated 1789. The National Congress of American Indians, the nation’s largest organization of tribal governments, said in a resolution that the current rules had seriously deteriorated and that the new ones arrive as a matter of long-overdue justice and fairness. The new regulations will not only provide uniform standards for recognized tribes, but will also establish specific criteria tribes need to meet before being deemed eligible for Indian gaming.