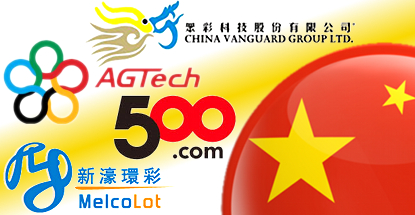 An unidentified lottery player in China has recorded the country’s largest ever jackpot. The resident of Zibo City in Shandong province scored a prize of RMB 497m (US $80.7m) after buying 60 tickets worth a combined RMB 180. The windfall is nearly double the previous jackpot record of RMB 256m in Jiangsu province’s Kunshan City.

Not to be outdone, lottery technology supplier AGTech Holdings subsidiary Beijing AGTech GOT Technology Co. recently inked a deal to supply sports lottery terminals to the Jilin Sports Lottery Administration Center in Manchuria. AGTech used the occasion to humble-brag that its national market share of lottery terminals was just 2% shy of half of the installed base of machines.