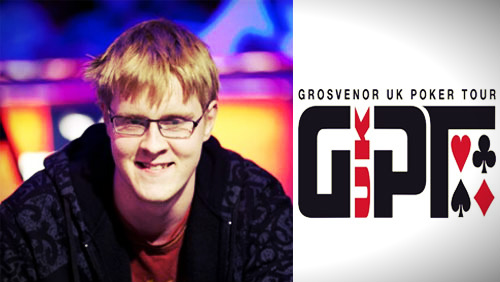 2014 GUKPT Reading has reached its conclusion and Paul Vas Nunes defeated the in-form Willie Tann in heads-up action to capture the £29,200 first prize.

British poker is in good shape at the moment.

The latest player to take advantage of this intense circuitry is Paul “pvas2” Vas Nunes after taking the plaudits at the recent GUKPT Main Event in Reading.

The Surrey native defeated another in-form pro, in heads-up action, to make sure it would be his face splattered all over the pages of the poker press. The legendary Willie Tann following up his recent third place finish at GPS Newcastle, with a runner-up spot in this one.

Tann started the final table with the chip lead, but by the time heads-up action had begun he was trailing 1.5m to the 3.5m of Vas Nunes. The final hand coming on a board of [Ts] [8d] [2c] [Kc] with Tann holding [Ad] [Tc], for second pair, and Vas Nunes holding [Kd] [6d] for a turned two-pair.