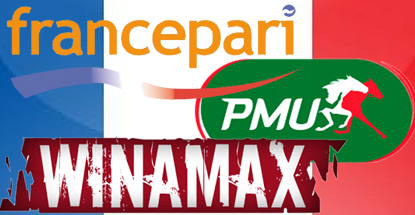 The 2014 FIFA World Cup may have temporarily added some pep to France’s gambling market, but it wasn’t enough to save the first-half results of Pari-Mutuel Urbain (PMU). The retail and online gambling behemoth reported H1 revenue down 2.4% to €1.26b, largely due to the company’s core racing vertical, which fell 2.9% to €1.1b despite a 28.3% gain in international stakes. PMU’s sports betting vertical enjoyed a happier six months, rising 31.2% year-on-year to €24.9m and the World Cup was credited with adding 60k new customers to PMU’s ranks in June. Despite overall market lethargy, PMU’s online poker business managed to inch up 1.4% to €10.5m.

Rival French operator France Pari enjoyed a far more buoyant H1, albeit on a much smaller scale than PMU. The World Cup helped boost France Pari’s net income to €190k while revenue topped €9m, nearly twice the €4.6m generated in the same period last year. The sportsbetting vertical was up even higher (108%) as World Cup revenue in the month of June alone topped €1.2m. Mobile channels continued to impress, as wagering on the go accounted for 30% of all bets in the month of June. Revenue from B2B sports betting division Sportnco doubled to €500k thanks to recent deals with the likes of PMU’s Belgian subsidiary Eurotiercé.

Winamax, one of the few online poker companies making a go of things in France’s unforgiving poker market, recently launched Go Fast, its version of the fast-fold poker products that are all the rage these days. But just hours after Tuesday’s launch of the racing-themed product, Winamax pulled it from its site. A Winamax rep subsequently took to the poker forums, telling customers that it had decided to “suspend” Go Fast following evidence of screen freezes and other glitches. Winamax has promised the product will be back online as soon as the mechanics figure out what went wrong under Go Fast’s hood.