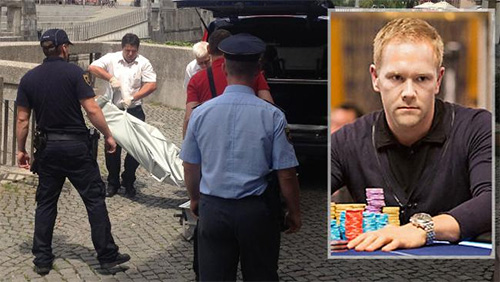 Johannes Strassmann may have been the victim of hallucinogenic drugs, according to news reports emanating from Germany’s Bild website.

Were hallucinogenic drugs the cause of Johannes Strassmann’s death?

According to Slovenian authorities, and a reporter working for Germany’s Bild website, that answer is very probably yes.

I was told, during my time at the WSOP, that there were rumors that Strassmann may have fallen into the Ljubljana river whilst under the influence of magic mushrooms, and that is now the official story coming out of the investigation, although the actual type of drug ingested has not been confirmed.

Bild reporter Alessandro Alviani has been actively working on the case, and he wrote earlier this week that the night of Strassmann’s disappearance an eye witness had told him that he, ‘was out with three Slovenians. One was a good friend of his, while he barely knew the other two.”

The witness then proceeded to tell Alviani that one of the men was a ‘known drug dealer’ and that the group, including Strassmann, had been eating magic mushrooms. Then, ‘around 10pm Johannes suddenly left the table of the pub they were all-in, and ran away leaving his mobile phone behind.’

It’s believed that Strassmann may have fallen into the river, and to his death, sometime after leaving the pub.

PokerNews reporter, Giovanni Angioni, also broke the news that Slovenian authorities had revealed that toxicology tests confirmed that on June 21 Strassmann fell into the river whilst under the influence of hallucinogenic drugs.

Strassmann was just 29-years old when he died.