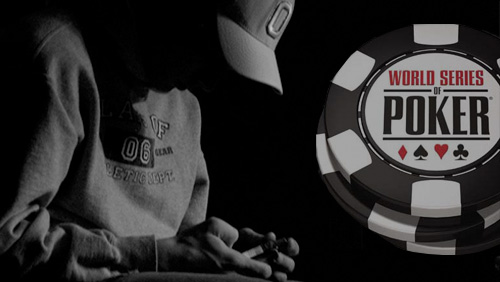 The 2014 WSOP Main Event is now well underway. We won’t know who the winner is for many months and we won’t even know who makes the final table for another week or so. But we do know that somewhere along the way, somebody is going to suffer a meltdown that leaves them wondering what happened. The only things we don’t know are who it will happen to and exactly what kind of meltdown it will be. Here a few memorable WSOP meltdowns from years past and the categories they fall into.

When the 2007 WSOP Main Event final table began, amateur player and satellite winner Jerry Yang had the shortest stack. Danish professional player Philip Hilm had the big stack but he and a few other players lost pots to Yang and watched the amateur vault into the lead. As soon as Yang had Hilm out-chipped, the Dane misplayed a key hand on every street and, shockingly, became the first player eliminated from the final table. Acquiring that huge stack allowed Yang to go on to win the tournament, becoming the third bonafide amateur to win the tournament in a five-year span.

Billy Kopp similarly ran into an unheralded player late in the 2009 WSOP Main Event. Kopp, an aggressive online pro, was one of the big stacks with 12 players left. He could’ve coasted into the final table but decided to remain active with a wide range of hands. When he decided to open the betting with 5-3 of diamonds his only caller was amateur Darvin Moon, who had Kopp covered from the small blind and held Q-J of diamonds. Both players flopped a flush and Kopp’s aggression carried on one step too far:

A series of unfortunate events

Sometimes a meltdown is less about one big mistake and more about the accumulation of small mistakes and good moves combined with bad timing, as it was for Mike Matusow in the 2005 Main Event. The only true known quantity at the final table, Matusow entered fourth in chips and was many observers’ favorite to win the tournament, especially considering he was coming off a strong performance in the Main Event just a few years earlier. But between a string of one improbable event, one overzealous play, and one good but thin call going awry, he would become the first of the final nine to collect a payout.

“First the cooler, then the miracle” was how Matusow described his first loss. Holding pocket kings, he moved all-in over the top of an opening raise by Steve Dannenmann and re-raise by Scott Lazar. Dannenmann folded but Lazar snap-called with pocket aces; Matusow caught a set of kings to jump ahead but Lazar rivered a back-door flush to double his stack. Even with that loss, Matusow was still fifth in chips when he decided to open the action with 9-5 off-suit. Andrew Black called with J-T and both players caught a pair on the J-6-5 flop. Black check-called Matusow’s bet there, then led out with the ten of hearts came on the turn to give him two pair. Matusow raised with his lowly pair of fives, then looked genuinely prepared to call after Black moved all-in. The Mouth eventually folded, but he was left as the tournament’s short stack.

Matusow continued to walk a tightrope after raising with 8-5 suited and getting calls from Steve Dannenmann with pocket eights and Black in the big blind with J-2 off-suit. He managed to take it down with a bluff on the turn of a scary-looking board, but he was still short on chips when he picked up pocket tens, raised, and was called by Dannenmann with A-J. Matusow led out when the flop came 2-3-5 and was then put to the test when Dannenmann quickly moved all-in. He made the right call after plenty of thought but was punched in the gut when a 4 on the turn gave his opponent a wheel straight. “There ain’t no justice when I play great,” the Mouth muttered, wrapped up in the moment and regretting the lost opportunity to win the prize he covets most.

With just three players left at the 2010 WSOP Main Event, online grinder Joseph Cheong held two out of every five chips in play, and deservedly so. He had been the most active, and the most dominant, player at the final table, firing three- and four-bets at his opponents with abandon and taking down pots when nobody found themselves in a situation where they could stand up to him. With John Racener hanging on with the shortest of stacks, Cheong was nearly a lock to make it to heads-up play with Jonathan Duhamel. But then his aggressive style, which he had employed with impeccable timing throughout the final table, backfired when he couldn’t let off the gas at the right moment.

Cheong opened the hand with A-7 and Duhamel, holding Q-Q, came in for a third bet. Cheong could have easily gotten away from his hand but, in keeping with his aggressive game plan, decided to push back with a fourth bet. Duhamel made the fifth bet, and this time he made it fairly small – just small enough to entice Cheong to make an all-in raise. The plan worked to perfection, and Duhamel quickly called with his queens. They held up, and Cheong, the dominant chip leader just moments before, was now left with only a few big blinds in his stack.

Cheong ended up finishing in third place shortly afterward, costing himself what had once looked like a guaranteed $1.4 million pay jump and a shot at the Main Event title. Duhamel moved on to face the severely short-stacked Racener in the heads-up portion of play and of course eventually to win the tournament. Four years later, Cheong’s move remains the most talked-about hand of the 2010 Main Event.

It’s rare for a player to have his meltdown actually result in a win in one of poker’s most prestigious events but that’s exactly what happened to Scotty Nguyen in the $50,000 HORSE tournament. Instead of losing a chip stack with the Chip Reese Trophy on the line, Nguyen lost his dignity in an alcoholic stupor that damaged his standing with fans and the poker community alike.

Nguyen came to the table as one of the game’s most beloved players – fitting for a man known as the Prince of Poker. He began to drink nearly as soon as he arrived—not unusual for the 1998 WSOP Main Event Winner, but in this case a prelude to some of the nastiest behavior ever shown during a televised poker tournament. The impetus for Nguyen’s outburst—other than excessive alcohol consumption—was the presence at the table of then-23-year-old Michael DeMichele. The young man had a raucous group of supporters in the audience, and he played up his wins for them in the early going. Nguyen took offense despite the fact that none of the celebration was aimed at him directly, demanding respect from the younger man.

As the tournament went on the servers continued to bring Nguyen more beer, and his personality only grew more volatile with each drink. He berated the servers for not bringing his drinks quickly enough. He began openly discussing soft play at the table, even folding a winner to keep short-stacked Erick Lindgren at the table during three-handed play. Lindgren, who had been jovial during the early stages of the final table, quickly soured on Nguyen’s behavior and made it clear he wanted no part of such tactics. And he continued to upbraid DeMichele at every opportunity as well, rattling the kid with his ill behavior.

“Go get him,” Lindgren said to DeMichele as he exited in third place to leave the young man heads-up with the drunken Nguyen. “Make Chip proud.” And to his fellow pros watching on the sidelines, he said, “Some nights you just can’t beat a drunk.” DeMichele couldn’t beat the drunk, either, and Nguyen won the tournament. He went on an extensive apology tour afterward, and eventually rehabilitated his reputation, but his drunken meltdown remains one of the more shocking televised moments in WSOP history.