WSOP Day 33 Recap: Sam Trickett in Charge of the ONE DROP

WSOP Day 33 recap sees Sam Trickett getting back into the ONE DROP groove after taking the chip lead at the end of Day 1; Hugo Pingray leads a very interesting final table in the Monster Stack; Haixia Zhang takes gold in the Ladies Event and much more. 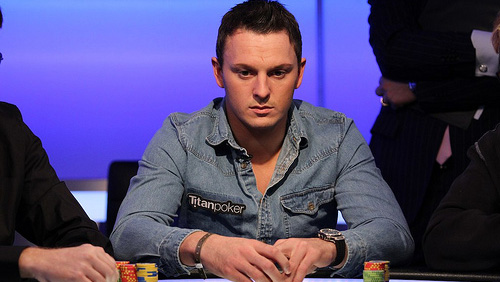 He hasn’t been well; he has only cashed in one event so far and he is nursing seven stitches in a foot wound after dropping a jar of Ranch dressing on his foot but Sam Trickett is back on familiar ground.

The young man from Retford dominated the first day of the BIG ONE for ONE DROP and ended the day with 13.4 million chips—good enough for a considerable chip lead.

Trickett once told me that you only need to get lucky a few times in this event to make the final table and luck struck very early in this one. Trickett turning a straight at the same time David Einhorn flopped top set and within a blink of an eye, last year’s third place finisher was out.

Trickett would go on to eliminate Igor Kurganov and Vanessa Selbst in a powerhouse of a performance. Tom Hall, Phil Ivey, Daniel Colman and the reigning champion Antonio Esfandiari make up the top five.

Hugo Pingray takes the chip lead into a very interesting final table of the Monster Stack.

Thayer Rasmussen and Zachary Gruneberg have both made the cut, and they know each other’s game very well, after both making the final table of the $1k event that Dominik Nitsche won earlier this series; and there is also a place for the impressive Joseph McKeehen who is coming of a recent win at the Venetian Deepstack for six-figures.

Finally, a WSOP bracelet winner has also made the final table. Sean Drake won the 2011 Casino Employee’s event and he is also in the hunt for the $1.3m first prize. Every player is guaranteed at least $127,364.

“I’m in complete awe and it’s unreal. Luck was on my side,” Zhang told PokerNews after her win.

It’s Zhang’s biggest win by some considerable distance and this is what she had to say about the state of the ladies event.

“I feel towards the end of the event it’s a really good game. At the beginning it’s a little bit rough, but everybody who made the last couple of tables…I completely respected their play. They were all solid and played really well.”

He may have over $2 million in live tournament earnings, but he had never owned a WSOP bracelet—until yesterday.

Florian Langmann becomes the latest German poker player to take home the gold after defeating Zach Freeman in heads-up action to claim the first prize of $297,650 in Event #54.

It was a decent final table with Dylan Wilkerson making another deep run, with a third place finish, and the aggressive Frenchman Antony Lellouche ending up in sixth.

The first day of Event #56: $1,000 NLHE has reached its conclusion and Raymond Chen leads the final 206 players. It was another huge field with 2,525 players playing in that one, as more players head to Las Vegas in preparation for the Main Event. Vinny Pahuja, Steve Gross and Matt Salsberg have chips in that one.