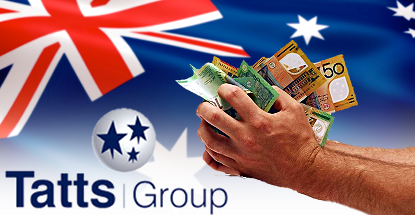 The Australian state of Victoria will appeal the $451m judgment awarded to betting operator Tatts Group this week as compensation for the cancellation of its video poker (pokies) contract.

Tatts and Tabcorp Holdings had held a pokies duopoly in the state since 1994, but in 2009 the Labor government decided to allow clubs to host pokies of their own. The two companies sued, complaining that their contracts called for refunding of significant upfront fees they’d paid to obtain the pokies duopoly. On Friday, the Victoria Supreme Court dismissed Tabcorp’s complaint but upheld Tatts’ claim, leaving Victoria facing a bill that could rise to $541m with interest.

While vowing to continue the legal fight, Premier Denis Napthine attempted to reassure Victorians by saying the government’s most recent budget posted a $1b surplus, “so we can absorb this loss and we will not be increasing taxes. We will not be cutting services as a result of this.” But with an election scheduled for November, Napthine sought to distance his Liberal party from blame for the debacle, saying the previous Labor government “ought to apologize to the people of Victoria for their mismanagement of this process.”

The mood is anything but sour over at Tatts, which has continued its winning ways by announcing it has inked a 30-year extension of its retail wagering and sports betting monopoly in the state of Queensland. In exchange for a deal that guarantees retail exclusivity until June 30, 2044, Tatts will pay Queensland a license fee of $150m in four installments between now and 2023. Tatts will also give the racing industry $15m plus a 2.5% share of retail fixed-odds sports betting revenue.

Tatts also convinced Queensland to cut its pari-mutuel betting tax from 20% to 14%, while fixed-odds betting tax was halved to 10%. Tatts says the cuts ensure it is better able to compete with the online operators licensed in the Northern Territory, which is home to “predatory operators who have for too long exploited the fiscal imbalance that has existed in the Australian wagering landscape.” Unlike operators who exploit monopolies that force punters to accept the only game in town, we guess. Let us prey…