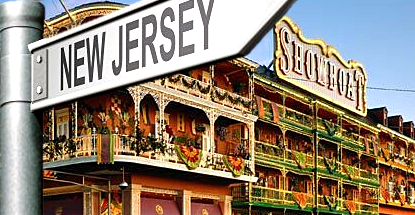 New Jersey politicians have overwhelmingly approved the new sports betting bill introduced this week by state Sen. Ray Lesniak. The legislation, which came in response to the US Supreme Court declining to hear the state’s appeal of lower court rulings blocking its sports betting plans, passed the Senate on Thursday by a margin of 38-1 and in the Assembly by a margin of 63-6, with two abstentions.

Lesniak’s legislation was born after the Department of Justice lawyers arguing against New Jersey’s plan to offer legal sports wagers suggested there was nothing stopping any state from simply declining to enforce its own sports betting prohibitions. Lesniak’s bill would therefore call the DOJ’s bluff by authorizing the state to repeal its laws prohibiting sports betting at Atlantic City casinos and state racetracks.

The question now turns to whether Gov. Chris Christie will sign the legislation into law. Should betting become available in the state this fall, the sports leagues who thwarted New Jersey’s original plans will likely intervene again, meaning the legislation does little more than reset the legal clock – and the state spent over $3m pursuing the last case. Christie has 45 days in which to decide whether he wants to charge back into the fray. Late Thursday, Lesniak tweeted the following: “Assembly, Senate both passed my sports betting bill. Ball’s in your court @GovChristie.”

CAESARS TO CLOSE SHOWBOAT
Further evidence of why Atlantic City casinos need sports betting so badly came on Thursday with news that Caesars Entertainment planned to close the Showboat Casino Hotel. The Press of Atlantic City quoted Unite HERE Local 54 president Bob McDevitt saying that the Showboat’s 2,100 workers were to be officially informed of their fate on Friday. McDevittt said it was “a criminal act upon the citizens of Atlantic County” to close “a casino that continues to be profitable.”

The Showboat, which opened in 1987, may technically be profitable but its $2m take in the first quarter of 2014 was down nearly 77% over the same period a year earlier. A year ago, Caesars was rumored to be shopping the property and Churchill Downs Inc. later outed itself as a prospective bidder, but no sale was made. Last month, Caesars CEO Gary Loveman had publicly diagnosed Atlantic City’s problem as “too much capacity” and said “you will see more of that,” referring to the closure in January of the Atlantic Club.

News of the Showboat’s imminent demise comes just one week after the Revel Casino Hotel declared bankruptcy for the second time and warned that it would close by August if it fails to find a buyer. Atlantic City started the year with a dozen casinos, but it could be down to nine by the fall. Right around the time betting on the National Football League season would begin, for what it’s worth…