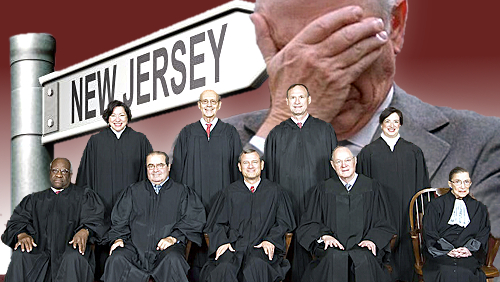 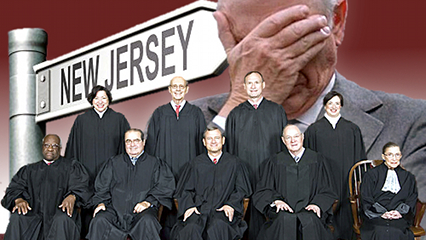 The US Supreme Court will not hear New Jersey’s appeal of lower court decisions blocking the state from offering legal sports betting. The nine Justices met on Friday to ponder which cases were worthy and/or interesting enough to warrant inclusion on the Court’s docket. On Monday, the Supremes issued their list of the cases they plan to hear and the sports betting suit was not among them.

In January 2012, New Jersey approved legislation allowing sports betting at Atlantic City casinos and state racetracks, effectively daring the US Department of Justice to take the state to court. The DOJ and a raft of sports leagues duly complied, which allowed the state to challenge the constitutionality of the federal PASPA anti-sports betting prohibition. A federal court granted the DOJ a permanent injunction against the state last March and a federal appeals court upheld that ruling in September. New Jersey sought the ear of the Supreme Court, and here we are.

New Jersey state Sen. Ray Lesniak, a strong proponent of the state’s gambling expansion, has previously vowed to implement sports betting at state casinos and racetracks without issuing licenses or crafting regulations, an anarchic option suggested by none other than the DOJ in one of its legal briefs during the long fight with the state. Last week, Lesniak had vowed to take a wager in New Jersey on the opening week of the 2014 National Football League season if the Supremes declined to hear the state’s appeal. Lesniak told WFAN that New Jersey would proceed much like Colorado and Washington did in legalizing marijuana sales despite federal objections.

On Monday, Lesniak issued the following statement: “This is a disappointing decision, but our fight is not over. Today I will introduce legislation repealing the state laws that make sports betting illegal at our casinos and racetracks. I expect that the U.S. Justice Department will refrain from intervening, as they have with Colorado and Washington when those states legalized marijuana. I plan on placing my first bet at Monmouth Racetrack on September 8 for the Giants to beat the spread against the Lions on Monday Night Football.”

Last May, UK bookmaker William Hill inked a prospective deal to offer sports betting at the Monmouth track should the legal issues be cleaned up. The question now becomes whether Hills, which offers legal wagers in Nevada under its William Hill US division, will be willing to risk federal ire by sticking its neck out in New Jersey. Some Atlantic City casino operators are likely to balk at going rogue if doing so posed a risk of regulatory retaliation in other states in which they do business.

Gov. Chris Christie has also yet to weigh in on whether he’d sign the legislation Lesniak plans to introduce. Christie is believed to be considering a US presidential run in 2016 and he’ll need to decide whether he’d win or lose in the eyes of the national electorate by thumbing his nose at the DOJ in this manner.

UPDATE: Christie addressed the legal setback while attending a charity softball event in Yankee Stadium. Christie acknowledged that getting the Court to hear the state’s appeal was “always a long shot,’ but “that’s the way it goes.” Christie offered little indication that he would support Lesniak’s moves to press on with an unregulated sports betting market, saying the Court had “said no so we have to move on.”

Meanwhile, NorthJersey.com’s John Brennan obtained the specific wording of Lesniak’s new legislation. The proposed act says that sports betting “conducted at a racetrack or a casino under procedures developed solely by the racetrack or casino shall not be considered unlawful gambling and a person shall not be subject to criminal or civil liability under the laws of this State for participating in, or conducting, sports wagering at a racetrack or a casino as herein provided.”