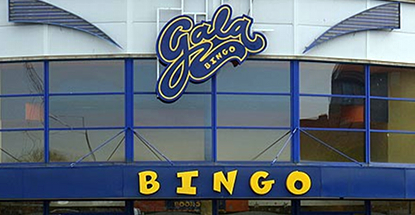 UK gambling operator Gala Coral Group is hoping to earn up to £300m via a sale of its retail bingo operations. Earlier this week, the Financial Times reported that Gala had enlisted the help of financial gurus Lazard to explore a sale of the betting operator’s 135 bingo halls.

Gala’s retail bingo business enjoys a 38% market share, boasting 1.1m active customers over the past year and generating 300k visits per week. Gala intends to hang on to the online portion of the bingo business but is willing to partner with anyone who buys the retail biz in order to cross-promote.

Gala had been shopping the business for months at an expected price of £250m but failed to convince anyone to take the bait. Then in March, UK chancellor George Osborne’s budget tossed Gala a bone by slashing the bingo duty from 20% to 10%. Gala CEO Carl Leaver apparently believes this is the equivalent of a MILF winning a year’s free supply of Botox and he’s keen to get his girl back out into the meat market ASAP. The halls generated EBITDA of £16m in the first half of the year but Gala believes the tax cut will enable it to push that figure to £50m for the full year.

The FT said Gala would hang on to the bingo halls if bids failed to meet expectations, but Gala’s gang of private equity owners are reportedly keen to exit the business. The hedge funds have been systematically selling off Gala Coral’s parts, including last year’s £179m sale of its brick-and-mortar casino operations to Rank Group, as Gala refocuses most of its attention on tis Coral betting business.