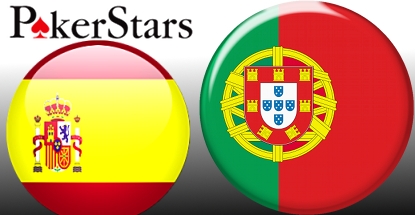 The Spanish division of the Rational Group has received provisional approval from gaming regulators to offer online blackjack and roulette, a move that will likely only increase the company’s dominance in the regulated Spanish market. According to a release by the Dirección General de Ordenación del Juego (DGOJ), Reel Spain made the application to broaden its horizons in March, marking the first time the parent company of PokerStars and Full Tilt Poker has sought to offer anything beyond poker in a regulated dot-country market.

Full Tilt added blackjack and roulette to its .com offering earlier this year, with further expansion of its casino vertical in the works. The Rational Group is in the process of being acquired by Canada’s Amaya Gaming Group, which has promised to “accelerate growth into new markets and verticals.” Amaya CEO David Baazov says one of those new verticals will include sports betting, which currently accounts for 56% of all online wagers in Spain. PokerStars already controls about two-thirds of the nation’s regulated online poker market.

Over the border in Portugal, the government looks like it’s finally getting serious about passing new online gambling laws. In December, the government opted not to include online gambling liberalization plans in its 2014 budget proposal due to what it claimed was a lack of debate over such a contentious issue. But the financial lifeline the cash-strapped country has enjoyed courtesy of the European Union/IMF/European Central Bank runs out this year, so the government vowed to introduce standalone online gambling legislation to ensure a new tax revenue stream to help repay its €78b bailout.

The news portal of the SAPO telecom group has reported that the Ministry of Finance has approved the text of the new legislation, clearing the way for legislators to debate its merits in parliament. The bill is now expected to make its parliamentary debut before the current legislative session ends on July 10. The proposed tax rate will be set between 15% and 20% of gross gaming revenue and international operators will be eligible to receive licenses, dashing the hopes of state-owned gambling monopoly Santa Casa da Misericordia, which had hoped to preserve its preeminence in the digital realm.