A Preview of the First Third of the 45th Annual WSOP

With a third of the action already consigned to the history books, Lee Davy takes a look back at the main stories thus far. 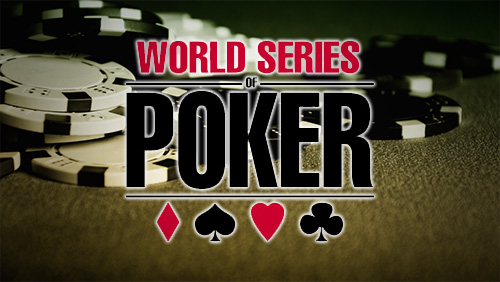 The 45th Annual World Series of Poker (WSOP) has scorched through the first third of the schedule and it’s time to take a look back at the action to date.

The Canadians were the darlings of last year’s series, but thus far they haven’t picked up a single bracelet. This doesn’t mean they aren’t performing well, because they are. They just haven’t been on the end of the winning hand as often as they need to be.

Predictably, the large majority of the bracelets have remained on US soil with 20/23 of them going to the folk of the USA. That pattern has only been broken by Belgium and Germany who pick up a bracelet each.

To prove that the Canadians are still performing well, despite not closing out, they are cashing out more dollars than any other country except for the USA, with $1.56m in cashes, compared to the monstrous haul of $38.59m belonging to the host nation.  The breakdown of those dollars: 2,774 US cashes, 209, Canadian and 76 from the UK.

The UK are the only other nation to top the $1m mark thanks to six figure hauls courtesy of Andrew Teng’s run in the Millionaire Maker, where he finished fourth, and two six-figure scores in the mixed games for Richard ‘Chufty’ Ashby.

Of the 31,026 entrants, that have experienced the pleasure of the 45th Annual WSOP, only Jonathan Dimmig walked away a bone fide millionaire. His $1.35m cash, the only seven figure score of the series thus far.

Here are some record breakers.

The 7,977 players who turned up for the Millionaire Maker set a new world record for a live tournament attendance, outside of the WSOP Main Event, and second only to the year Jamie Gold took home the bacon.

The Seniors Event was another record breaker. It was the third consecutive year that the Seniors had turned out in masses greater than 4k, and the 4,425 field remains the biggest of it’s kind. Dan Heimiller picking up a popular bracelet, 12-years after he won his first.

Whilst she may not have broken a record, special praise must go out to Vanessa Selbst for equaling one. The most successful female poker in the history of the game, won her third gold bracelet in the $25k Mixed-Max event, to take her level with Barbara Enright and Nani Dollison with three WSOP bracelets.

Three was also the magic number for Davidi Kitai Brock Parker and Dominik Nitsche. The Belgian, Kitai, ignoring Phil Hellmuth’s claim that he would never win the bracelet – by winning the bracelet. It was the third of his career, second in consecutive WSOP’s and his third big score in his last three tournaments.

Parker also made it bracelet number three when he took the title in the $10k Limit Omaha Hi/Lo event, just days after finishing fifth in the $1.5k Seven Card Razz, and Dominik Nitsche became the first player to win two bracelets in the 2014 series (although not in Vegas), after picking up his third bracelet in a recent $1k event, just weeks after winning the 2014 WSOP National Championships in Atlantic City.

Three players who were very grateful to lose their WSOP virginity were Paul Volpe, Doug Polk and Justin Bonomo.

Volpe stopped Daniel Negreanu from winning his seventh WSOP bracelet when he defeated him in heads-up action to become a very popular winner in the $10k NL 2-7 Draw Lowball event. Negreanu had created a lot of action by offering even money that either he, or Phil Ivey would win a bracelet, and that’s the closest either of them have come so far.

Doug Polk took the title in the $1k Turbo and told the world he wants to shed the name of WCGRider and be known as Doug Polk. We hear you Doug Polk. Another epic performance from a man who learned his trade smashing people up in the online cash games. Where he plays under the pseudonym of…shit…I can’t remember…Doug Polk I guess.?

The man of the moment thus far has been Justin Bonomo.

His second place finish to Tuan Le in the $10k Limit 2-7 Triple Draw was another narrow loss in a series of narrow WSOP losses, but he would right that particular statistic, a few days later, by winning the $1,500 NLHE Shootout contest. A fifteenth place showing has followed in the $10k H.O.R.S.E event, meaning Bonomo is the current leader of the 2014 Player of the Year race.

Sitting on Bonomo’s shoulders is Brandon Shack-Harris. The young man picked up his first bracelet in the $1k Pot-Limit Omaha (PLO) event, before finishing runner-up to George Danzer in the $10,000 Seven Card Razz event.

Keeping on the consistency theme you can’t get better than the PokerStars Team Pro, Humberto Brenes, who has cashed in six events so far. On the female front, the PartyPoker Pro, Jamie Kerstetter, is Mrs. Consistency with three cashes to her name.

Two more people to heap some praise on before this statistics fuelled drivel comes to an end.

Calen McNeill very nearly pulled off a quite monumental back-to-back performance when he finished fourth in the $1,500 Limit Omaha Hi-Low event, just one year after topping it.  McNeil waded through 1,014 players when he won his bracelet, and very nearly waded through 1,036 during the defense of his title.

And we couldn’t bring you a WSOP report without news on Mr. WSOP himself: Phil Hellmuth Jr.

In between shooting commercials for Carls Jr., and charging his fans $16,700 for a cup of tea and a chat about life, Hellmuth has started very sprightly indeed. Only Ted Forrest’s sixth bracelet prevented Hellmuth from winning the $1,500 Seven Card Stud event, and an eighth place finish followed in the $3,000 NLHE Six-Max.

Now onto the next 42 events…