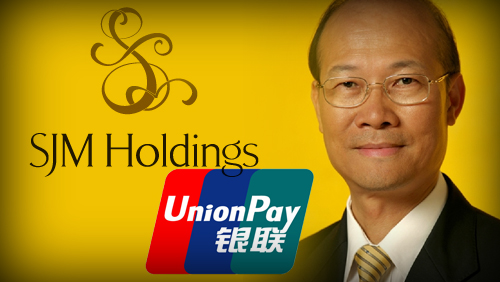 UnionPay card terminals inside Macau casinos are to be removed by July 1, as mandated by Chinese officials in May.

The news was first reported by Bloomberg after discussing the new law with SJM Holdings CEO Ambrose So. The plan to restrict the use of UnionPay swiping devices remains largely the same from previous reports: “Get rid of those devices being used on casino floors to bypass currency controls put in place to discourage money laundering in the gambling capital of the world.”

So said SJM received a notification from the Macau Monetary Authority to take out UnionPay card terminals inside jewelry stores and pawnshops within casino premises, thereby making it harder for bettors to buy expensive items and then immediately exchange them for cash. These illegal transactions are mostly done by mass-market gamblers who don’t have the financial capabilities to arrange credit with casino junket operators. Chinese citizens are limited to taking just 20,000 yuan or about $3,205 with them whenever they cross into Macau from mainland China. They can also withdraw a maximum of 10,000 yuan ($1,600) cash per day with each ATM card.

Fears of the effects of a UnionPay crackdown forced numerous financial institutions to downgrade Macau casino revenue growth expectations. Deutsche Bank AG cut Macau’s growth estimates from 15 percent to 12 percent and downgraded SJM Holdings and Wynn Macau’s stocks to hold, fueling speculation that the worst is yet to come, especially now that branches of the biggest state-controlled banks—ICBC and Bank of China—have been implicated in the illegal practice.