Home / Poker / How Safe are You at a Poker Tournament? 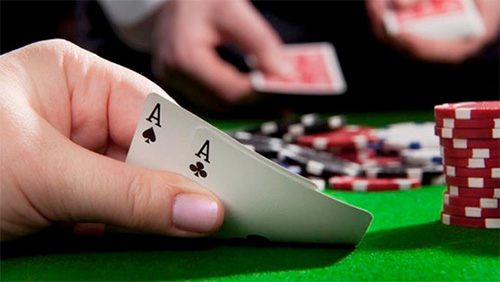 Lee Davy reacts to the recent news that a young man was pistol whipped, robbed and beaten in the car park of the Rio All Suite Casino & Hotel at the World Series of Poker, and demands tighter security measures from the organizers of poker tournaments.

Do you ever think you are likely to get mugged when playing at a poker tournament?

I’m not talking about someone hitting a one outer on the river.

I’m talking about getting pistol whipped, kidnapped and having everything on your person taken away from you as your mind is invaded by thoughts of death?

And there lies the problem.

During my brief appearance in Event #19: $1,500 No-Limit Hold’em (NLHE), one of my opponent’s told a story about a young European kid who had been accosted in the Rio car park, by a couple of thugs holding guns. They dragged him into their car; pistol whipped him and attempted to rob him.

The young lad was drunk at the time, but still managed to escape from his captors and flee back to the Rio where the Security Guards – who were called to the scene – gave him an extraordinarily hard time.

This sparked several conversations regarding numerous incidents that had occurred in and around the Rio, in recent years, including the in-room thefts of the laptops belonging to the Finnish pair Lauri Pesonen and Joni Jouhkimainen, and the $35,000 that was stolen from the room of Manh Nguyen.

The one thing that the players reached unanimous agreement on was the lack of security at the World Series of Poker (WSOP), and how easy it is for a player to be singled out, beaten and robbed.

Do you really think it’s just the WSOP that has a problem?

When I was 18-years old I worked on the railways as a pay clerk.

Railwaymen are suspicious folk, and for many years, a lot of them still insisted on receiving a cash paycheck on a weekly basis. My job, on a Thursday night was to stand in an office, behind a glass window, and hand people their wages.

At 11pm, I would place the remaining packets in a brown bag and carry them across the station to secure them in a safe.

Each night I would make sure my house keys were jutting out between my knuckles. I was expecting to get robbed. It was just too easy.

Fortunately, I got lucky.

People started trusting the railway, before people starting cottoning on to the fact that every Thursday night there was this skinny little kid walking along the station with thousands of pounds in a brown bag.

Fred Bloggs is playing in the Millionaire Maker. His every move can be monitored on the PokerNews blog. His photo is taken, and you can even come to the Rio to watch him play from the rail.

He is eliminated in 30th place. You see it happen. You also know that he has just earned $40,706 for his efforts. He walks to the rail and embraces his girlfriend. You then follow them to the pay out desk. Fred Bloggs receives his $40k in cash, and you offer to take a photo for him as he waves his bricks excitedly in the air.

He asks his girlfriend to place the money in his backpack and you follow the pair as they walk into the quiet night air. He puts the keys into the lock in his car and you batter him over the head with a baseball bat. His girlfriend screams. You take the bag and get into your car and drive off.

You can’t hear her scream anymore.

You are laughing too much.

Does that seem outlandish to you?

Several years ago I was working in the Amazon Room when somebody accidentally activated a pen that contained pepper spray. It went everywhere. I saw the players running away from the table. They were choking and in distress.

It may be difficult to prevent an attack of that nature happening inside the Rio. I understand the logistics. But it is not beyond the realms of possibility to improve the security in our car park, especially at night.

People shouldn’t have to ask for an escort to their cars, after being paid out. It should be mandatory. The job of the WSOP, or any other organization for that matter, does not end at the payout desk. They should have a responsibility to ensure you leave their property safely.

I walk into that car park every night. There is never a security guard in sight. I know because they are difficult to miss. I am not being ‘fatist’ when I say that some of the security guards are huge. Not the type of person you can rely on to chase a felon out of the car park.

You wouldn’t hire a blind man to take over David Tuchman’s position in the commentary booth.

One of the reasons that security is tight is because of money. There won’t be enough money in the bank to pay for the additional security. The budget will be devoid of numbers.

And yet to celebrate the 10th year of action at the Rio the WSOP are offering a $10m guarantee for first place. The difference between $10m and last year’s first prize of $8.3m pays for quite a few security guards.

The reason a portion of that money is not passed on to a security team is because it’s not at the forefront of the minds of the budget holders at the WSOP. If it was, then the car park would be littered with security vehicles.

There are millions of dollars, euros, and pounds at every poker event I attend. Money ripe for the picking. Money that has caught the eye of the devil.

They have cottoned on.

They are attacking and we have no defense.

Comment and distribute this article. Go onto the 2+2 forum and have your say. Start a petition for more safety at your poker tournaments.

And do it now.

Before you are next.