Home / Poker / Are You Ready to Help Turn the Global Poker Masters into a Success? 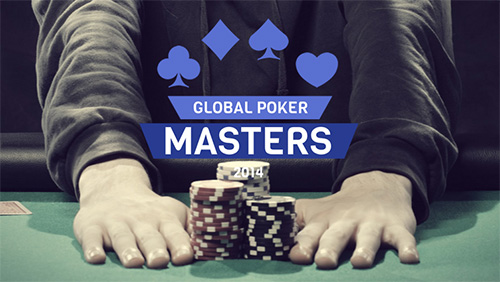 Can somebody please tell me why Alexandre Dreyfus was not included in the BLUFF Power 20?

Answers on a postcard please.

I don’t see anybody working harder, or smarter, and he has pulled another rabbit out of the hat, with news that he is about to launch his first-ever Global Poker Index (GPI) related event: The Global Poker Masters.

It was just a question of time as Dave Gahan drawls on occasion.

Football is the most popular sport in the world. I’m not talking about that egg-shaped game that the yanks play. I’m talking about Pele, Diego Maradona, Ronaldo and Vinny Jones.

In the UK things changed when the old First Division made way to the Premier League. A sparkling new name of elitism, a bigger stage and a mind-boggling television deal bringing in heaps of cash.

Then it got bigger.

The European Cup was turned into the Champions League. The knockout format was changed, and a new league system introduced. The very best teams in European football colliding on a regular basis.

Huge sponsorship deals were agreed, and the money generated was obscene. Football was taken to a new height.

The GPI has all the hallmarks of the Champions League.

“If you think about it, all the poker events in the world are a satellite to the Global Poker Masters,” Dreyfus told PokerNews, “Once you play at the World Series of Poker (WSOP), World Poker Tour (WPT) or European Poker Tour (EPT), you get points. Those points can get you a spot in the Masters.”

He is spot on.

The outlying poker tournaments are like the Premier league, Bundesliga, La Liga, Serie A and La Ligue. The GPI is the Champions League. It’s where the cream of world poker rises to the top, and fight for the right to be called the best.

You may say that already happens.

At the time of writing Ole Schemion is the top ranked player on the GPI, and Spain are the top ranked team in world football. But that means nothing if Spain can’t reign supreme in Brazil in a few weeks time. We will all remember the team that won the World Cup, not the team that was at the top of the FIFA World Rankings one hot day in June.

The GPI is a way of allowing the very best poker players to be ranked and stamped. It gives them something to aim for. It’s in our very nature to want to be better than the person standing next to us. It’s hard wired into our very genes.

Have you ever wondered why people pay extra dollar to get onto the plane a few minutes before you do?

The plane leaves at the same time.

It’s because of the feeling of superiority. They got on the plane before you and that’s what they pay for. That little ego boost.

The GPI is that little ego boost.

When I spoke to Dreyfus, last winter, he told me about his dream. It was to elevate poker to a global mainstream audience. He held a view that to do this we had to turn poker into a sport recognized as such by the mass media.

This is where the Global Poker Masters was born.

It germinated from a thought about how poker could grow. The nine highest ranked countries in the GPI, to act as teams containing the top four rated players in the GPI.

The buy-in would be $10,000, and the players will take part in 16 SNG tournaments, with points accrued for placements, and the team with the most points at the end of 16 tournaments will be the victors.

But will it work?

There are two reasons why the ‘team’ concept could have possibly been chosen as the format for the Global Poker Masters. It could be that Dreyfus believes we have more of a chance to reach a mainstream audience as a team sport, rather than an individual sport.

The other reason may well be that it’s innovative.

None of the ‘Big Three’ have team formats anymore. Unless, the WSOPE brand brings the Caesars Cup out of the cupboard and gives it a dusting in 2015?

But there is a reason that the big three do not use the ‘team’ concept. Poker is not a team sport. Each time it has been tried, it doesn’t generate the same levels of emotion that makes poker so beautiful.

But that doesn’t mean it can’t work, and if anybody can pull this off, then I am glad it’s Dreyfus and his team at the GPI that are giving it a go. But from a personal point of view, I’m a little worried.

It used to be well known that there was no greater feeling than to represent your country in football. Then the Champions League started to bang out the bucks at a never before seen rate. The presence of Wolf of Wall Street sized sacks of cash, increased prestige. Suddenly, that feeling of representing your country dropped a little. The lure of cash had changed everything.

That’s why he has added $100,000 to the prize pool. But I think if these events are going to break the mould then we need outside investment. Large corporations that do not have an involvement in the gambling industry ploughing money into our business.

Until that happens, and it’s great to hear that Dreyfus is speaking to a few mainstream consumer brands about sponsoring the event, the future of the Global Poker Masters, and whether or not it can become the Champions League of poker, rests on the shoulders of the players.

If they want this to work then it will.

If they couldn’t give a fuck, one way or another, then it will fail.

This won’t be a tournament containing the best players in the world, and it will be devoid of a lot of characters that the poker world has in its rank and file.

What it will be is a mix of the best poker players in that moment, irrespective of whether to not they have a personality.

That’s great for a skill-based poker tournament, but is it really what we want if we are to break into the mainstream?

Phil Hellmuth is big enough to appear in a Carls Jr ad and Luke Schwartz will appall you and thrill you in equal measure. Neither will likely make the top four and they will be a loss if we are to achieve our greater goal.

So how about a slight change to the system?

Why not have a team captain selected by the ranks of the GPI. Each player in the GPI Top 20, of his or her respective countries, selects their own team captain based on skill alone.

Then there can be a wild card. This is a character of poker and has nothing to do with skill. This is someone who is going to make great television. A person that people watchers will pay to watch. Someone with a sting in his or her tail.

Finally, you have your two top ranked players in that time.

If Wayne Rooney was having an appalling season, and Jermaine Defoe was banging in goals for fun – whom would Roy Hodgson take to the World Cup?

So perhaps, the Team Captain is the best player from that team in the past decade: Daniel Negreanu, Erik Seidel and ElkY would represent their fellow countries for example.

Whilst the WPT, EPT and WSOP have responsibilities to wrap warm, loving arms around their brand. Dreyfus is in the unenviable position to just focus on what’s good for poker.

And he’s asking for your help.

Go onto 2+2 and he is asking for your opinion on what the structure should look like, and where it should be held. He’s a smart man and he knows to create a tournament without input from the players is suicide.

Poker news hits the mainstream for only two reasons: large sums of money or some sort of scandal.

Dreyfus doesn’t have a bottomless pit of cash. This is why, for the sake of the game, the players have to rise up and take part in this event if they are invited. To not do so weakens our position as a whole.

The recent WSOP National Championship offered tremendous value for the professional poker player and yet they chose to stay away. The International Stadiums Poker Tour (ISPT) had a €1m first prize guarantee, that led to the biggest overlay in the history of the sport, and still players chose to stay away.

So what do you want?

Tell Alex Dreyfus, and he will try and make it happen.

It’s his dream after all.