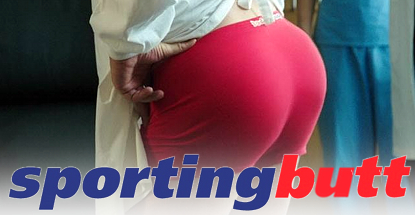 Betting exchange Betfair has revealed the purpose behind that giant octopus that ‘accidentally’ got stranded in a busy London intersection earlier this week. The octopus is the star of Betfair’s new ‘This Is Play’ marketing campaign, which launched this week in order to make an impression before next week’s kickoff of the 2014 FIFA World Cup in Brazil. The new TV spot (viewable below) features the octopus playing (and whupping) four Asian ping-pong players simultaneously, because ping-pong is the real beautiful game.

Betfair brand director Mark Ody told The Drum that the idea behind the spot was to “move away from industry stereotypes” by focusing on the notion that Betfair’s “innovative products offer our customers something totally unique.” This unique approach is intended to appeal to “a whole new recreational audience at the World Cup.” The ad and followups that will be rolled out over the summer are the brainchild of the WCRS agency and will feature heavily in ITV’s Brazil football coverage.

Way down under, Sportingbet Australia has taken a more cheeky approach to indelibly stamping its brand in the minds of football bettors. The company has found a whole new way to abuse pitchman Shane Warne, who has previously subjected himself to being blasted with 50 paintballs and becoming intimately familiar with the fearsome fists, feet and knees of a female kickboxer.

In the latest spot (viewable below), former cricket great Warne preps for the beaches of Rio by pretending to have some cosmetic work done. The perpetually youthful Warne has long been the subject of nip-and-tuck rumors, but he’s entirely up front about this latest work he had done ‘round back. In exchange for pumping up his posterior with implants – the Warne twins, as Shane refers to them – Warne got Sportingbet to donate $5k to his Shane Warne Foundation. But what do we get for having to watch this?