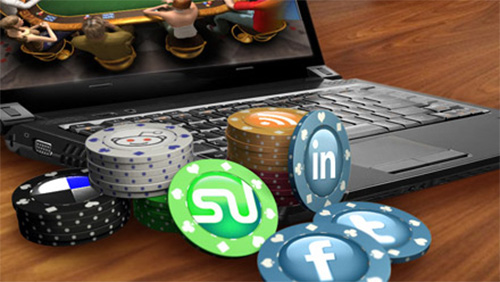 The most overused words in iGaming press releases are revolutionary or revolution. But the area where hyperbole has got out of control recently is in Social Media and what it means to the iGaming industry.

Gaming companies, understandably, salivated at the prospect of millions of people playing free play poker and blackjack on Facebook, and while few thought conversion would be high, the theory that even if a small percentage could be persuaded to cross-over then it was still going to provide the jackpot.

Zynga disappointed and then, Gamesys actually announced they were going to pull Bingo Friendzy down. So what’s the problem?

It’s my view that there can be very few Internet users on the planet who are not aware that online gambling exists. Therefore, those that choose free-play versions are not, in fact, on the cusp of turning their free play into real money play but aggressively shunning the concept of real money in favor of the free play option i.e. even less likely to pay for real than another mass group of, say, gardening enthusiasts.

Taking the huge traffic option is no more sophisticated than the old days of buying email lists except these free players are the worst possible group to target because they’ve already made their choice not to bet.

So what therefore should iGaming companies do with social media? Paddy Power have spent the best part of two years actively advertising their Facebook pages and can probably now claim the largest social media following in the industry, but is there any point to that?

If you have a directly commercial site, it’s my view that the normal social-media rules should be turned on their head. Taking the example of Paddy Power; why on earth would you direct people away from your (money-making) website to a Facebook page? The rules say to succeed (though what is success, certainly not just pure numbers, surely?) in social media, you should have an engaging content that is not too marketing heavy and not to overly hammer your followers with promotions.

I disagree, would far rather have five thousand who were only there because they are looking for betting information, news on our new casino games or details of your $100 buy-in poker tournament than 50 million who were just there because they found an obscure video of a mouse shagging a cat. Hell, they might even tell their friends they’re playing in the poker tournament and bring a few more in with them—acting as a free affiliate for you!

Now if you’re are a brand selling, say, paint then advertising a Facebook page makes more sense as you are simply trying to make a brand statement and, eventually, everybody will need paint and if they’ve engaged with you previously, they might just buy your paint instead of buying from somebody else’s. This is not the case with betting, poker or casino—so directing players anywhere but your site is, I feel, a waste of time and resource.

In essence, Social Media—specifically for iGaming—should be more of a promotional vehicle than a numbers game.