Home / Poker / Confessions of a Poker Writer: Playing at the WSOP 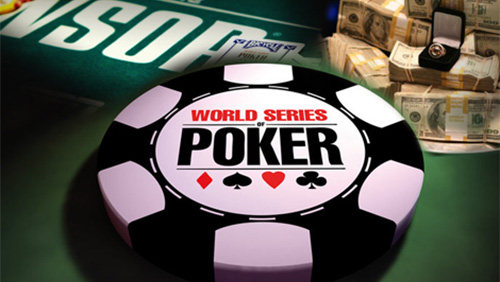 Lee Davy continues his confessions series by talking about his playing experience at the World Series of Poker (WSOP).

Most poker writers are people who have tried to make the game their number one concern, and then for one reason or another, decided that writing about it would be the better choice.

So what about me?

I considered adding a ‘but’ to that sentence, but felt better of it. I tried, I failed and that’s all their is to it.

I am a big bucket list fan, and one of my goals is to win a WSOP bracelet. You can’t win a WSOP bracelet unless you actually play in a WSOP event, and I don’t think that would have happened had I not found my way into the writing game and ended up ‘working’ here.

It’s one of the perks of the job.

This year is the first year that Caesars have declared playing in WSOP events a big no-no for PokerNews employees. This doesn’t affect me, because I am a freelance writer, but it does affect the dreams of those working within the PokerNews team.

They have taken away one of the greatest opportunities for a writer. To play in a WSOP event. And why? I haven’t got a clue. There is no reasoning that I can hear that I will accept, and so I aint even going to bother asking.

There is one event that they are allowed to play in and that’s the WSOP Casino Employee’s Event. The first of 65 bracelets that are set to be handed out in the summer.

I took my seat alongside the writers, dealers, marketers, and even professional poker players (Terrence Chan aka Ultimate Poker employee), for my one big shot of the summer.

It started in the worst way possible.

Ty Stewart was on the mic, I was typing away on my iPhone, when he shouted the line, “Do you like money?” Followed by a loud bang, before 10 grand in one dollars bills rained down from the ceiling.

“It’s not real money.” I said to myself.

My ego stopped kept me rooted in my seat. The guy next to me picked up $40 and gave me a buck because he felt sorry for me. I believe the biggest haul was $81.

It was a nice touch.

I started like I always do – horribly. I made a very rookie mistake against a marketing manager from Ultimate Poker (UP) and before you knew it I was down to 10bb.

Now this is a tournament that moves faster than Ebola. It was quickness personified, and to have just 10bb, in a blink of an eye, was a real pisser. Fortunately, patience is something that seems to be coming to me later in life. I never worried, never wavered and never wilted.

Matthew Pitt, PokerNews UK Editor, was seated on the table next to me. He kept grinning at me and when I gave him the thumbs up/down sign he always replied with thumbs up – twat.

I doubled up, under fortunate circumstances, when I moved all-in for under 10bb, and holding [Ah] [3h], over a standard open. He called with queens and I turned the nut flush. I looked over at Pitt and gave him the thumbs up. He wasn’t looking.

Then my worst nightmare.

A drunk took the seat to my left, which is never a great sign for a person whose role in life is to help people quit drinking. I hate drunks. The atmosphere around the table changed instantly. He wasn’t an ordinary drunk either. He was a pain in the arse drunk. The type, who likes the sound of his voice, likes to be smart and knows everything (a bit like me but drunk).

Drinking copious amounts of whiskey, and playing poker don’t mix, and he was out not long after.

Then my second disaster.

I started to smell of BO and in a bad way. It’s a problem that seems to have crept up on me since I became vegetarian and seemingly has something to do with my bad gut bacteria. Great. But it doesn’t just smell bad it smells of weed. So everyone on my table thought I was a pothead.

At the break I pinched some perfume from a random woman and sprayed both of my armpits.

“What have you been doing?” My wife asked when she picked me up at the end of the day. “You stink of women’s perfume.”

It’s a good job she bloody trusts me.

One player whom I struck up a relationship with, who disregarded my mixed smell of skunk, weed and Chanel No.5, told me that I looked like a member of the Beatles. That’s the third time someone had made a comment on my choice to grow my hair this week. I have been called a Beatle (twice), Bruce Lee (twice) and a complete and utter twat (once).

Poker wise I never really made it above 20BB, and I rarely got the opportunity to play the streets. I was either all-in or fold, and it was a strategy that worked as I managed to squeeze into the money exiting in 86th place.

My exit hand was uninspiring as I moved all-in with 12bb and [Qd] [Jd] and was called by [Ax] [Qx]. I flopped an open-ender, but it wasn’t meant to be.

It did give me the taste for it; however, and I have decided to play in the Millionaire Maker on Saturday.

So if you don’t really know me and want to strike up a conversation, keep you eye out for me.

I’m the one that looks like a complete and utter twat, sings Beatles tunes, smokes weed and smells like a girl.