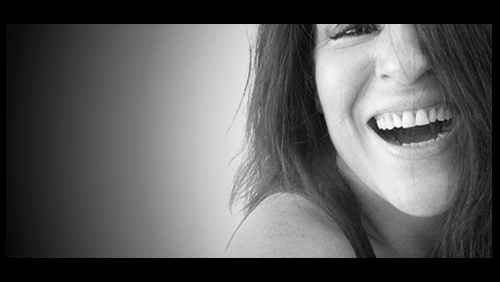 Kim Shannon is a freelance writer, editor and observational humorist.  She graduated from The University of Rhode Island with a degree in English, and worked as a full time mortgage underwriter and part time bartender for 16 years before leaving that industry to begin a career as a poker player.  She has been playing poker professionally since 2005.

Kim has written for various online poker sites, including Pokerati and PokerStrategy.com, and is currently the Lead Beat Writer for PartyPokerUS. Kim is also a brand new mom (she gave birth to a baby boy in November of 2013) and is currently residing in New England, just outside of Boston.

What were you taught about sexism and feminism when you were growing up?

“I was raised by a single mom so I think I was always raised to be a strong women. Sexism, and the male perspective of women, were not really issues that were discussed as I grew up. From a very young age I used sexism to my advantage. I have to be honest with you, I don’t really have a problem with sexism in poker and I take it very lightly. I don’t know if I am thicker skinned than others, but to me, people should use any edge that they have to improve their game, in poker, or life in general. So if having a nice set of ta-ta’s is going to improve my game because the guy on my left is distracted by that…I don’t have a problem with it.

“It isn’t an issue that generally crosses my mind. If I was treated differently I always assumed it was because I was less capable or likeable. I never assumed it was because I was a woman. I never thought of things like that. I am not anti-feminist and think women should have as much opportunity as men. But I think we make our own opportunities in life, and if you are constantly harping on about sexism this and feminism that, then you could maybe become a little less likeable and approachable; and the less approachable you are the more opportunity you miss.

“When I sit down at a poker table and a guy says, “Man you smell good.” I say, “Thanks that’s my pussy.” It makes them nervous, puts them on edge and I have control for the rest of the game. I don’t have a problem using my femininity to my advantage and those that do are maybe a little too sensitive. It’s just a non-issue for me. If your skills are up to par you shouldn’t worry about your gender.

“A lot of women are not as skilled as men. You have players like Jamie Kerstetter, Amanda Musumeci, Vanessa Selbst and Vanessa Rousso who dominate  – and their skills are superb – yet if I walked into Foxwoods right now and sat down at a table full of women I don’t think they are going to be as skilled as men.

“I hate playing in ladies events. Most women don’t play in the same way as those extra skilled women I spoke about, and I find it difficult to use my skills against the great players I spoke about. Men can’t read women in life so they struggle at the poker table, but women can read women.

“As far as the sexism issue goes I think it’s kind of ridiculous. People are just uber-sensitive and need to lighten up a little bit.”

Do you think that the sexism that exists in poker actually prevents the industry from tapping into the female market?

I don’t understand the difference between writing about the attractiveness of Kim Shannon or Patrik Antonius?

“There is no difference. My personal opinion is that if you take so much offence to being called attractive…my goodness…pick your battles. There are so many things to get your panties in a bunch about. What else am I angry about if this angers me? We should be getting angry against cheaters or the fight to get online poker back in the U.S…not attractiveness. Also let’s face it, if you are sitting at the poker table with your boobs hanging out you want people to notice.”

I have read articles where women in poker have complained that the relevance of attractiveness comes before talent when writing about women.

“I have a good friend Jen Shahade who identifies herself as a feminist and I have heard her referred to as attractive female who is very talented at chess. Whether the talent or attractiveness comes first or second is irrelevant as long as they mention she is an attractive women who is great at chess. It’s men’s nature to notice people’s attractiveness – it’s biology. But if you refer to them as a talented player what difference does it make?”

I read somewhere the other day that Beyoncé is a modern day feminist and yet I don’t want my children to watch her parading around MTV wearing nothing but her lingerie…help me understand this.

“I think that the term feminist has evolved a lot. The sexiest women who run around in the smallest amount of clothes are embracing their feminine side whilst also saying – I can be sexy and be recognized as a strong woman.

“I think it matters very little what we look like and what we wear as long as we represent ourselves as strong women who are deserving of the same respect that men get. I don’t have a problem with it, and don’t go around demanding it. If you do that in a way that alienates people it’s counter productive. The more open you are to people’s opinions and methods the more successful you will be at getting what you want.”

Do you think I would get a gig as a writer ahead of you because I am a man?

“I think if you are going to get a gig over me it’s because you are more talented than me. I don’t think it has anything to do with sex. Maybe I am just naive but if I am deserving of a gig I am going to get it irrespective of whether I am female or not.”

When I worked in the rail industry we were scared of hiring females because we didn’t have the overtime budgets to cover maternity leave should they get pregnant. This is surely wrong.

“Wrong? I don’t even know if that’s wrong. I feel that’s kind of a valid concern. If I own a business and all my workers are getting pregnant therefore losing me man-hours I may shy away from hiring women. You are not going to hire someone to speak on the telephone that stutters. Not that you are discriminating against stutterers, but the job description needs someone who can talk in a clear and concise way. So if there is a position where you can’t take 12-weeks out for maternity leave you are not going to hire hem. I don’t know…perhaps I was a man in a former life?”

So are the poker media making it more difficult for women to find an interest in the game?

“Absolutely not, if anything, every single time women are mentioned in poker it’s good for poker irrespective of the personal views of the writer. It’s not up to the media to determine whether or not discrimination is a huge issue, it’s up to the women to change their line of thinking.

“Maybe women should stop being so ultra sensitive and start appreciating that you are being mentioned in poker. It’s baby steps. The less time you spend being high maintenance and harping on about tiny issues, the more time you can spend on improving your game therefore making sure you get mentioned in a positive light.”