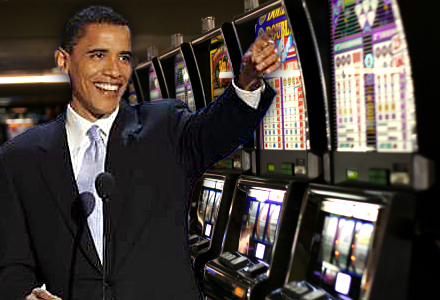 UPDATE: The Committee to Conduct an Interim Study Concerning the Impact of Technology Upon Gaming has rejected Segerblom’s election betting proposal. Segerblom will have to wait until 2015 for his next chance to get the Nevada legislature to debate a new proposal.

Nevada has always been the hotbed for US gambling since time immemorial. But while sports betting, horse racing, and whatever kind of novelty betting are all legal in the state, bets on the US presidential race are not.

Great Britain offers odds on the US presidency and to no one’s surprise, sports books who offer these odds have done particularly well. British bookmaker Ladbrokes reportedly took close to $2 million on the 2012 presidential election won by Barrack Obama.

The next election is still a little over two years away and a handful of UK-based books, including Ladbrokes, already have odds posted on the favorite and some notable long shots. “I can see we have Hillary Clinton as a 6-to-4 favorite, and then there is a massive gap to Marco Rubio and Chris Christie who are both in there 12 to 1. We have George Clooney at 200 to 1,” Ladbrokes spokesperson Alex Donohue told CBS News.

Even legendary bookie Jimmy Vaccaro believes that opening up betting on the US presidential elections will solve an existing problem regarding voter turnout. “If you could bet on the election, you’re gonna vote,” Vaccaro said, before adding that such an instance would actually be the first time somebody in Nevada has a (legal) say – a small one at that, but still a say – in the outcome of their own bets.