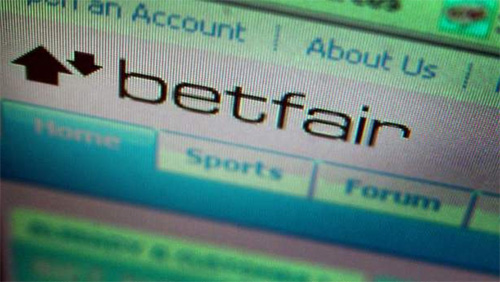 It’s been a busy few days for the team at Odobo.

The UK betting exchange giants, Betfair, have followed in the footsteps of the UK gambling billionaires at Bet365, by entering into an arrangement that will see them gain access into the Odobo marketplace.

Quid pro quo, the team at Odobo gains access to a whole new distribution channel that consists of almost a million active customers in more than 100 countries.

“We are delighted to have Betfair adopting our unique model – one that supports key stakeholders in the industry from game concept through to end user,” stated Julian Jarvis, Chief Business Affairs at Odobo.

Betfair gain immediate access to 23 device interoperable HTML5 games, along with a set of exclusive games commissioned from the Odobo developers set to coincide with the FIFA World Cup in Brazil.

Odobo hope to have a further 60 titles completed by the end of 2014, with more than 20 studios beavering away using Odobo’s sophisticated suite of tools that includes their Game Development Kit (GDK).

“The deal represents a significant increase in the distribution opportunity we offer our approved developers.” Jarvis stated.

Betfair are not the only outfit to see the value of the Odobo blueprint after two new studios also joined their network: Old Skool Studios and Youyougaming.

Vancouver-based Old Skool Studios are a small team of eight, but boy do they whack a punch, with over four decades of experienced gained at the likes of Electronic Arts and Microsoft.

Commenting on the deal, Mike McGraw, CEO at Old Skool Studios said, “We’ve thrived as an outsourced game development partner for the past five years, focusing on casino games. However, we’ve always had a vision to produce our own innovative content from scratch. When we met with Odobo in early 2013, we knew we’d found the perfect partner to bring our games to regulated markets. They share our values of innovation, quality, and a seamless gaming experience with the world’s top-tier operators.”

Youyougaming are a very experienced game developer, based in China, who are planning to deliver six initial titles for the Asian and European regulated market.

Speaking about the deal, Kevin Li, CEO at Youyougaming, said: “We are committed to providing creative content that appeals to players. Through our agreement with Odobo, we look forward to bringing our games to a wider audience in a more cost-effective way. It’s great news for us, for Odobo and for players.”

Contributing to the discussion, Ashley Lang, CEO, Odobo, said: “We’re proud to announce our agreements with Yoyougaming and Old Skool Studios. Each studio brings something unique to the table that we’re excited to see develop into mutual success. Ultimately, it’s all about producing great content, and we have no doubt that the games they have planned will do just that. We couldn’t be more pleased that both studios have chosen to build for the Odobo platform.”