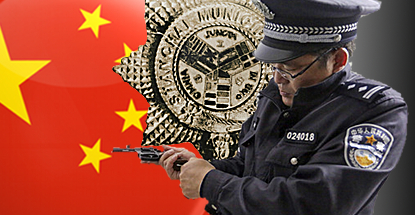 Authorities in Shanghai have busted up an illegal online gambling operation they claim handled over RMB 113b (US $18.1b) in sports bets. On April 11, Shanghai police detained 63 individuals following an investigation that began in October. A police spokesperson told the Global Times that the operation, which connected gamblers with internationally based online gambling sites, was the biggest case of its kind since the internet arrived on the Chinese mainland. (A previous bust in 2012 reportedly involved a ring that handled RMB 70b in wagers.)

Police claim the operation started when the alleged ringleader, a 41-year-old man identified only as ‘Hong,’ set up an online gambling site in Macau. Initially, Hong allowed only close friends on the mainland to wager via the site, but eventually enlisted the help of 17 agents to recruit other bettors. Police said the operation’s roster of betting clients ultimately ballooned to over 10k. Arrests are reportedly pending, but the police have already frozen 58 bank accounts related to the scheme.

This is but the latest in a series of high-volume online gambling operations taken down by Chinese authorities. In June 2013, Shanghai police took down a sports betting ring that handled nearly $30m in wagers in just four months. That same month, authorities took down a similar operation conducting business from both Hong Kong and Shenzhen. More recently, Guangdong police broke up a mixed online/land-based operation in October while Chinese and Taiwanese authorities teamed up to bust a cross-border operation just before Christmas.

With the kickoff of the 2014 FIFA World Cup now just a month away, one can expect many more of these types of stories across Asia. The assistant chief of Malaysia’s Secret Societies, Gambling and Vice Division recently told The Star that Malaysian gamblers wagered around MYR 500m (US $154m) during the 2010 World Cup, a number that will likely only increase this year. In 2010, police arrested 227 individuals for either betting online or organizing online betting on the World Cup and the police will be working closely with online agencies both at home and abroad to help identify betting sites targeting Malaysian punters.

While the alleged participants in the Shanghai online gambling operation will face stiff sentences if convicted, they’ll be better off than the gamblers who tried to evade police clutches during a raid on a land-based gambling den in Shenzhen last month. According to the Xinhua news agency, police mounted a raid on a leisure club in the Longgang district, which prompted a number of gamblers to make a bid for freedom by leaping from a third-story window. Four of these jumpers died from injuries sustained during their fall, while a fifth ended up in the hospital. As if you needed another reason to bet online, remember that few people have ever died leaping from a desk chair.