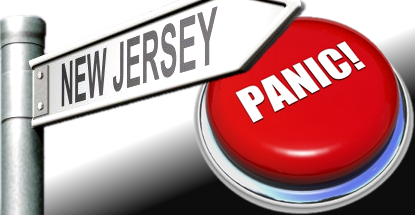 In a development that may cause other US states to reconsider plans to launch their own online gambling markets, New Jersey’s online gambling revenue fell in April, the first decline in the market’s five-month history. Total online revenue came to $11.4m last month, $500k less than the New Jersey Division of Gaming Enforcement reported in March. Online poker declined dramatically, falling 20% month-on-month to $2.6m, while online casino revenue increased by $200k to $8.8m.

Naysayers will inevitably conclude that the New Jersey market has already peaked, while supporters will point to ongoing problems with the funding of online accounts, recent surveys showing low awareness of the state’s regulated online gambling market and the fact that the March calendar had one more day than April. The total number of online accounts created since the market opened in November rose 10.6% in April to 322k, but March boasted an 18% gain in this category and April marked the third straight month of slowing growth.