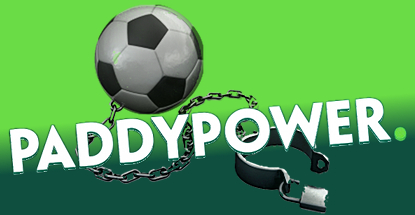 In addition to learning of the imminent exit of CEO Patrick Kennedy, attendees at the annual general meeting of Irish betting operator Paddy Power were given preliminary figures for the company’s performance over the first three months of 2014. Overall revenue was up 5% despite what the company referred to as “our two worst weekends ever for football profitability.” Similar songs of sorrow have been sung by Paddy rivals Ladbrokes and William Hill, so at least the pain is sector-wide.

The parade of punters cashing winners offset healthy gains in betting turnover, which was up 15% overall. Excluding Australia, online sportsbook turnover was up 19%, but betting revenue fell 27%. The poor sportsbook win more than offset 12% growth in online casino/B2B revenue, resulting in overall online revenue falling 14%. Focusing on the positive, the ranks of first-time bettors grew 16% in the quarter, double the growth experienced in the same period last year. Mobile wagering accounted for 54% of total online revenue in April.

In Australia, Paddy’s Sportsbet subsidiary saw revenue shoot up 38% as stakes rose 22% and the company enjoyed a higher gross win percentage. Paddy’s Italian-facing site experienced slower growth in active customers than the company would have preferred, but with football accounting for three-quarters of sports betting in Italy, the upcoming FIFA World Cup offers plenty of scope for drawing in new punters. Paddypower.it currently holds a 10% share of Italy’s online sports betting market and 3% of the online casino market.

At the retail level, UK operations were up a mere 1%, as a 10% fall in sportsbook revenue offset a 14% rise in machine game revenue. In Ireland, both turnover and revenue were up 4%, thanks to a lesser emphasis on football betting compared to the UK market. Paddy added 14 UK shops and 11 more in Ireland during the quarter, bringing their total holdings in each country to 280 and 234 units respectively.