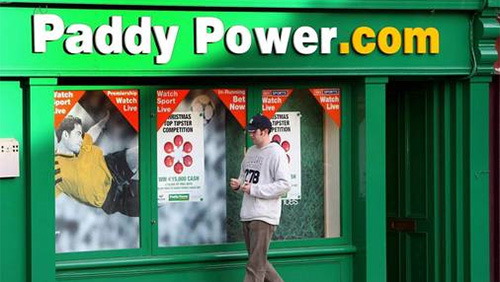 Paddy Power 2013 results sees growth in every division as the Irish bookmaker celebrates a quarter of a century of Irish fun and madness.

Now That’s What I call Entertainment 25!

Paddy Power celebrate 25-years in the business by rolling out a mighty fine set of numbers in a 2013 Annual Report littered with some incredible memories.

Who can forget the ‘Money Back if he’s Black’ campaign on the 2013 Papal Elections that saw Paddy Power link up with Dennis Rodman for the very first time; then there was the world’s biggest pair of inflatable underpants as the green ‘y’ fronts were floating in the Cheltenham sky; and how could we forget the purchase of Skrill Conference South side Farnborough FC and the team who changed their names by deed poll to some of the legends of the game (Maradona, Pele, Cruyff, et al).

The outfit that started with just 42 shops way back in 1988 now operates real estate of 500 UK & Ireland shops, and an online presence that is second to none.

The report also contained references to some of the challenges that Paddy Power had to face in 2013, and continue to face in 2014 and beyond. The group faced an increase in costs of €10m thanks to product fees, taxes, currency depreciation and the full year investment in Italy.

It also spoke of the importance for certain governments to move from their prohibition of some or all types of online betting to responsible regulation and taxation, as a potential way for the group to better manage the impact of the point of consumption (POC) tax, and also urged the Responsible Gaming Trust (RGT) to create faster and deeper research to ensure policy on Fixed Odds Betting Terminals (FOBTs) is fair and based on evidence.

The outlook for 2014 was also positive despite some rather tragic football results experienced by the whole of the UK bookmaking industry in January. Sports book stakes grew 6% like-for-like in retail and 19% online, and the board remains upbeat of the group’s prospects for the rest of the year.

Likewise the group is also confident about the next five years as they expect online betting markets to reach double-digit percentage growth. A confidence borne out of the fact that 45% of Paddy Power’s online revenue’s comes from mobile betting when compared to the UK industry average of 25%.

The lads from the Emerald Isle also had time to give to the needy with €838,000 heading into charitable directions, almost 50% more than in 2012.