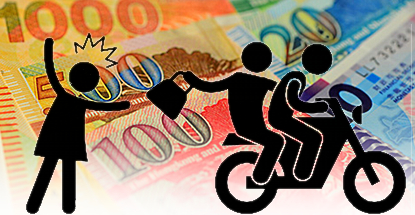 The apparent billion-dollar heist of a Macau casino junket operator has underscored the volatility surrounding Macau’s VIP gambling business. Huang Shan, a shareholder in the Kimren Group (aka Jin Lin) VIP gaming promoter, reportedly absconded with between HKD 8b and HKD 10b (US $1b-1.3b) of the company’s funds on April 19. On April 23, Kimren – which operates VIP rooms at SJM Holdings’ Grand Lisboa, Galaxy Entertainment Group’s Starworld, Melco Crown Entertainment’s Altira and MGM Macau – placed an advertisement in the Chinese-language Macao Daily stating that it would “not be held responsible for liabilities incurred due to Huang’s actions.”

The Wall Street Journal’s Kate O’Keefe reported that Huang had earned a name in the junket business by offering investors payouts of 2.5% a month, higher than the industry norm of 1% to 2%. Macau has witnessed similar chicanery from junket operators going on the lam before, but never on this scale. Ironically, Huang’s disappearance was first noted by Charlie Choi, the operator of the notorious Wonderful World website, which publishes the names and personal details of Macau casino debtors.

While Macau casinos aren’t on the hook for any of the purloined cash, they could still get caught in the fallout. Macau’s junket operators were already reeling from the recent arrest in Hong Kong of the wife of the boss of junket operator Neptune Group on money laundering charges. That action was said to be linked to an investigation of around 20 junket operators’ dealings with Chinese government officials. Credit Suisse analysts issued a note earlier this week saying those investigations, coupled with Huang’s heist, were “likely to adversely affect the high roller business” as skittish junket investors decide to keep a tighter grip on their own money, thereby decreasing the available credit pool.

The near-term deceleration of the VIP gambling business will further accelerate the growing clout of the mass market sector, the proceeds of which casinos don’t have to share with middlemen. High-rollers accounted for nearly two-thirds of revenue in Macau’s Q1 statistics, but the mass market accounted for 70% of casino operators’ profits. Credit Suisse suggested that casino investors shift their money to Sands China, whose mass market growth has outperformed the overall Macau rate.