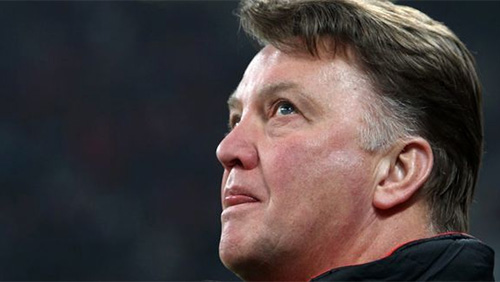 Louis van Gaal emerges as the early favorite to take over the reigns of Manchester United after the sacking of David Moyes.

David Moyes wasn’t the only person thrown out of Old Trafford on Tuesday.

Cheeky Ladbrokes spin-doctor Alex Donohue took advantage of the moment by setting up a small chalkboard from which he started posting odds for the next successor to the throne.

Manchester United ‘minders’ didn’t take too kindly to Donohue’s interactions outside the stadium and promptly asked him to leave.

“My odds board and I were also persona non grata according to a member of staff and then security, who said ‘bosses’ upstairs didn’t want me on the premises and I had to leave immediately and couldn’t come back,” he told The Capitalist.

It seems Donohue’s odds weren’t far off the mark as a recent glance on Oddschecker shows Louis Van Gaal as the clear odds on favorite over a chasing pack that contains plenty of United ties.

Van Gaal will leave his position with the Dutch national side after the World Cup, and has already indicated his desire to manage a top team in the Premier League.

If Van Gaal doesn’t get the job then who else is in the running?

One man who has ruled himself out of the job is Jurgen Klopp. The Borussia Dortmund manager went onto twitter to state: ‘Man Utd is a great club and I feel very familiar with their wonderful fans. But my commitment to Borussia Dortmund and the people is not breakable.”

Ryan Giggs has until the end of the season to show the United hierarchy what he is capable of, and under normal circumstances he would be a great appointment given his years of loyal service under Ferguson, and yet with £200m to spend in the summer, you can’t help but think that this is a job too far for a man many believe is destined to one day sit on that mighty throne.

Other choices with United ties include Ferguson’s former assistant Carlo Queiroz. The former Real Madrid manager is now the head coach of Iran and you can get odds of 22/1 for a return to Old Trafford. Former United player Laurent Blanc is currently doing a great job at Paris St Germain and he is currently trading at 28/1 for the job.

Then you have the great man himself.

What price for a return for Sir Alex Ferguson?

Well that unlikely feat is trading at 33/1.