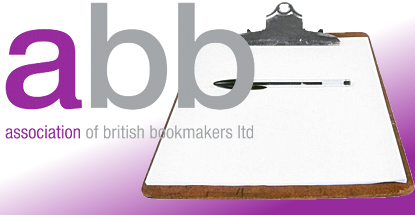 The Association of British Bookmakers (ABB) has launched a campaign to push back against the demonization of its members’ retail establishments and the controversial fixed-odds betting terminals (FOBT) contained therein. Bookies have been the subject of a relentless tar-and-feather effort by the Campaign for Fairer Gambling (CFG), the Derek Webb-backed lobby group that believes FOBTs are the advance scouting party of our soon to be alien overlords. Local councils have also become more vocal in seeking to prevent any more bet shops opening within their jurisdictions.

Well, Enough’s Enough, according to the ABB, which recently launched an online and retail petition of the same name urging signatories to back their local bookie. The ABB says “disproportionate and unjustified measures are putting extreme pressure on the industry, making it harder for us to keep our shops open,” leaving “more than 10,000 jobs and 2,300 shops at immediate risk.” The ABB notes that nearly 8m Britons cross a bet shop threshold each year and believes customers “should be free to enjoy your leisure time as you choose without being demonized.”

The CFG’s sustained attacks, ably assisted by hysterical media partners who must earn royalties every time they use the phrase “crack cocaine of gambling,” undoubtedly influenced the UK government’s decision to up the duty on FOBTs from 20% to 25% in the 2014 Budget. With bookies already facing the imposition of the 15% point of consumption tax (POCT) on their online revenue later this year, the ABB believes UK bookies have a right to feel like the government is piling on.

The ABB also recently announced the appointment of a new chairman. Paul Darling QC, a former non-executive director of the Tote (2006-08), will assume his duties on May 1. Darling is also a current member of the Horserace Levy Betting (HRLB) Board but will step down from his HRLB duties before assuming the ABB’s reins. Outgoing chairman Neil Goulden said Darling would bring “independence and intellect to the challenges facing the ABB and its members.” Darling said he hoped to “foster a more positive relationship between bookmakers and the sports that they support, most notably British horseracing.”