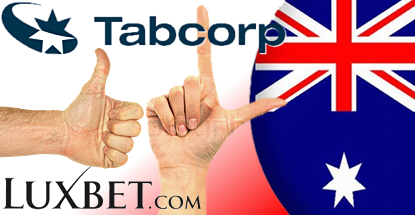 Shortly after he sold his independent betting firm Betstar to UK bookies Ladbrokes, Alan Eskander bemoaned the (mostly) British invasion that was changing the face of the Australian betting industry. Ladbrokes also recently acquired Bookmaker.com.au, while William Hill now owns Centrebet, Sportingbet and TomWaterhouse.com, Paddy Power owns Sportsbet, Bet365 is operating under its own banner and Betfred is prepping its own down under launch. Eskander told the Australian Financial Review that if current consolidation trends continue, “in five years time there will be three or four major players in Australia at best.”

The biggest player in Australian betting remains Tabcorp, which operates the TAB and Luxbet brands. Tabcorp found itself wiping egg off its face this week after betting advocacy group Fair Wagering Australia obtained internal Tabcorp documents detailing the company’s disinterest in catering to fixed-odds bettors who win more often than they lose. Tabcorp sent the notice to its 2,600 TAB outlets warning them that failure to curtail the profits of winning bettors could result in their operations being “managed” from the head office.

Tabcorp’s “expanded risk management” document lists two types of fixed-odds bettors: “genuine customers”, i.e. recreational bettors who don’t have a clue, and “individual customers who are not commercially viable,” i.e. sharps. Tabcorp instructed its outlets to use “liability management”, i.e. lowering wagering limits or closing accounts outright in order to encourage the sharps to bet somewhere else. The fact that most bookies prefer squares to sharps is hardly a secret, but rarely does one see it spelled out so starkly in black and white.

Tabcorp’s problem first arose online, and winning punters whose online limits were curtailed responded by betting cash at local TAB retail outlets. Luxbet, like most Australian online betting sites, holds a license issued in the Northern Territory, which last year revoked the Minimum Bet Rule requiring licensees to accept wagers up to $1000 from all customers. The NT Racing Commission justified the change by saying the “assessment of brand and reputation risk fall to respective Licensees to determine and it is for them alone to decide how best to attract and retain clients. Customers are free to take their business to other operators.”