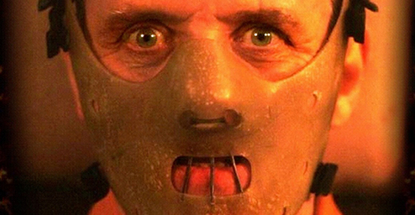 The influential SCOTUSblog, which tracks activity involving the US Supreme Court, has declared New Jersey’s fight to offer legal sports betting at Atlantic City casinos and state racetracks as one of the “petitions we’re watching.” The fact that the Peabody award-winning site has taken notice of New Jersey’s quest to overturn the 1992 PAPSA federal prohibition on single-game sports betting outside of Nevada is no guarantee that the Court will agree to hear the state’s appeal, but it does suggest the case’s constitutional issues may be of interest to people other than degenerate gamblers.

While we’re waiting for the Court to make up its mind, expect to read more stories like this. Authorities in Florida have arrested a man they believe to have been the brains behind a nationwide online sports betting operation. Naples native Thomas Welch was charged last week with racketeering, money laundering and extortion following a year-long investigation that began after police stumbled onto Welch’s operation while investigating a separate Costa Rica-based sports betting site.

Police say the 48-year-old Welch accepted wagers online via a password-protected website, Alydar653.com, reportedly named after Welch’s dog and the designation of the US Navy submarine on which Welch previously served. Following a tip from a confidential informant, police dug through Welch’s garbage cans, finding ample documentation of betting transactions. (Paper shredders can cost less than $100, people…)

As with other credit betting operations, Welch employed a number of local agents to both drum up business and collect losses from bettors. The 24-page indictment graphically illustrates the justification behind the extortion charges, as Welch employed a number of tough guys to make sure bettors paid up. Welch was quoted describing one collector as fictional nutter Hannibal Lecter, because he would “eat your face off” if you wouldn’t make with the money.

Welch moved money in small amounts through multiple bank accounts, including his wife’s, in a bid to avoid detection. Welch was reportedly owed $800k in unpaid debts from gamblers at the time he was arrested. Welch was himself a bit of a degenerate, claiming to have racked up a $2m debt to Greek and Italian organized crime gangs in Boston, which ultimately compelled him to relocate to Florida. Welch is being held on a $245k bond.