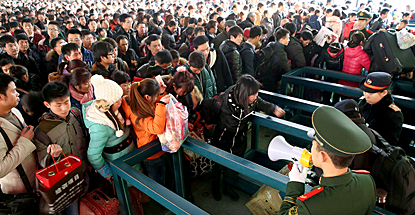 Slots revenue came to MOP 3.9b, just under 4% of the total revenue pie and a 9% improvement over the same period last year. The number of slot machines in action increased from 13,106 to 13,232, although that’s still well below the 16,585 machines in action at the end of 2012. Revenue from Macau’s lesser known gambling activities – greyhound and horseracing, instant and sports lotteries – accounted for a mere MOP 2.6b, with MOP 1.9b of that coming via the sports lottery. The dice game cussec added just under MOP 2b, blackjack contributed MOP 800k and roulette added MOP 300k.

Prior to the DICJ’s figures being made public, brokers at Wells Fargo had suggested improved transportation infrastructure on the Chinese mainland would boost the mass market numbers. While Macau has traditionally relied on the adjacent province of Guangdong for the bulk of its business, Guangdong’s share of Macau’s visitors fell to 44% from 47% in Q1. Analyst Cameron McKnight said the “visitor mix in Macau is improving with an increasing share of higher spending, longer staying, northern Chinese,” in particular those from Beijing and Shanghai.

McKnight suggested current China credit growth trends would cause VIP gambling revenue growth to slow to 8% in Q2 and 3% in the second half of the year. In contrast, McKnight expects the mass market ito grow 29% in 2014. Credit Suisse issued a research note saying VIP growth in April had been “sluggish” while the mass market was showing no signs of letting up, increasing by a rate of 20% over the same month last year.