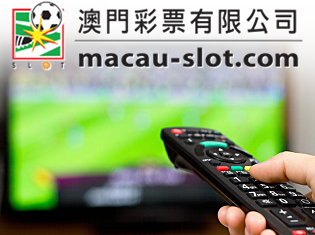 The Macau Daily Times quoted NMA president Jason Chao saying Cable TV-produced channel CH1 had been “inserting content of real-time betting rates into its live broadcast of football matches.” Chao said Macau Slot’s logo and “hotline number” were both clearly visible onscreen as well as “a table specifying live odds on each team … encouraging viewers to bet on the next score while the match is in progress.” NMA VP Scott Chiang described the gambling pitch as “quite aggressive” and “an active invitation” for viewers to join the betting party. Chao said both Macau Slot and Cable TV were “taking advantage” of their local monopolies “to feed every household gambling information.”

The NMA didn’t clarify what types of “live odds” Macau Slot had been pimping on the broadcasts. By law, Macau Slot are prohibited from offering the types of in-running wagers that are the Asian sports betting market’s bread and butter. Instead, Macau Slot’s wagering palette is limited to Asian Handicap, Win-Draw-Win, All Up Win, Over/Under, Correct Score, Total Number of Goals, Odd/Even, First Goal Scorer and Outright. This makes it similar to the various sports lotteries on the Chinese mainland, as well as the sports betting offering of the Hong Kong Jockey Club.

These limitations have also ensured that Macau Slot’s sports betting handle is pitifully small compared to the many Asian-facing online gambling sites based outside China. Macau Slot’s annual football betting handle dropped around 10% in 2013 to $621m, while revenue was virtually unchanged from 2012 at $52.4m. Basketball fared better, with handle up 7% year-on-year and revenue up 35% to $18.7m. Macau Slot, whose local monopoly runs until June 2015, is a division of Sociedade de Turismo e Diversões de Macau (STDM), the parent firm of Macau casino concessionaire SJM Holdings.