Home / Sports / The Masters can survive without Tiger Woods 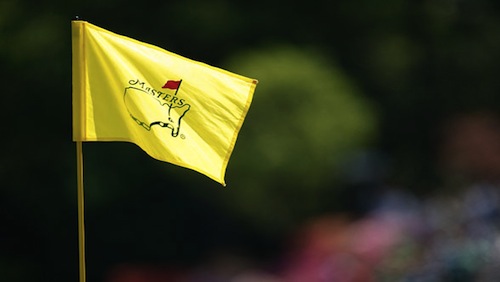 Say what you will about Tiger Woods’ recent majors slump – it’s going on six years now – but one thing you can always expect from him was his attendance at the Masters. This year, though, will be different because for the first time since 1995, the biggest major in the tour will tee off without Woods.

While it’s not that surprising given the recent spate of injuries Tiger has had to deal with this season, it still strikes a chord for die-hard golf aficionados. Tiger missing the Masters is like Homer Simpson missing dinner. It just doesn’t happen. Even in 2010 when Tiger was dealing with the cheating scandal that changed the course of his career, he made it a point to return to action during the Masters. But with a debilitating back injury to begin his PGA season, health triumphed over green jackets, putting a cloud of uncertainty on how interested people are going to be in watching four days of golf without the biggest name in the sport’s history as part of the weekend narrative.

It’s going to take some getting used to, but its also important that without Woods, everybody else can play their game without having to deal with the media circus that usually accompanies every Tiger swing in tournaments of this magnitude. Besides, had Tiger been on the course this Thursday, guess who’s dominating the news. His ailing back will probably have more air time than the rest of the field combined. Hell, if ESPN can coax his back to talk for an interview, the network will probably waste little time doing it.

But without Tiger, everybody can play their games without having to wonder where the next media scrum is going to be. They can play without having to answer questions about an opponent, a far too common occurrence anytime Tiger’s playing in these types of tournaments.

“Hey, Phil! How do you assess Tiger’s performance this week?”

Hey, Rory! You think Tiger’s back injury is worse than he’s letting on?”

Hey, Adam! Did you catch a glimpse of Tiger wincing in pain when he’s swinging a club?”

None of that will be asked because Tiger Woods won’t be around. For the first time in seemingly forever, the Masters will be about the Masters and the sheer spectacle of the best golfers in the world vying for that Green Jacket.

And that’s not necessarily a bad thing.