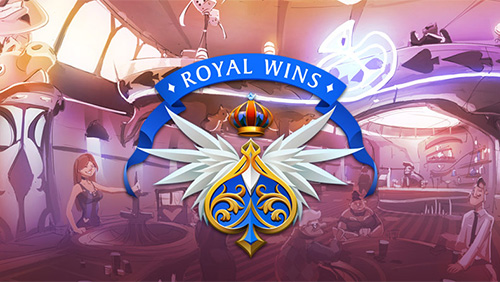 Sydney‐based start‐up Royal Wins, are placing a massive bet that the next generation of successful games will be a ‘Hybrid’ of Skill + Wagering game elements, that can be played for real money. The innovative games design studio already has a number of these new style games in test and are targeting a soft launch in Q3 of this year.

Described as a ‘casino‐style game at the front end, but with an element of skill, and the concept of gaining higher levels at the backend’, the company has already secured a number of unique patents which it believes will deliver both dedicated and novice gamers a totally new and immersive experience.

Robert Fong, CEO of Royal Wins, said that “While social games may currently have the numbers, the market reality is that gambling‐style gamers have the money. And while there is a lot of product currently available on ‘social’ casinos, most of it is either inferior to, or no better than what you can find in any land‐based casino. That being the case, we believe the current model for what is largely a play‐for‐points system is ripe for disruption.”

Fong went on to say that “Through extensive testing of our existing user base of some 230,000 registered social gamers, we believe we’ve come up with a new style of game that will blow the current combined gambling/social games market (said to be worth +$36B+) wide open.” He added that “We believe the existing crop of casino games in the online space are currently using the same old tired formulas, and as such, players are seeking new ways to win and be engaged. We believe these new
‘hybrid’ games are the way of the future and fully expect them to become a ‘break out’ category in their own right.”

The recently formed start‐up has been largely self‐funded to date, but there appears to be good investor support with the company recently closing a $1M seed round, and ongoing discussions with both Australian and European investors for a further $2M.

The company is staffed by some of Australia’s leading game designers and artists, many of whom learnt their trade with stints at the world’s biggest game developers, including Aristocrat, IGT, Konami and NextGen Gaming.