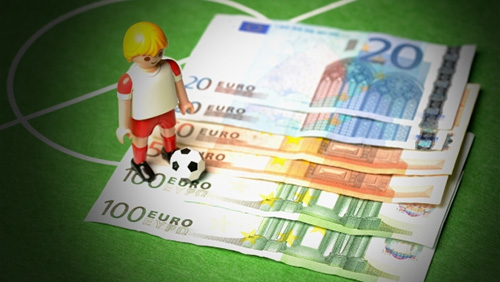 Seven more footballers have been arrested in what is fast turning out to be the most controversial match fixing scandal in English footballing history.

Six players from Preston North End, and a solitary player from Barnsley, now take the official number of players arrested in connection with spot-fixing to 13, following the arrest of six players in the back end of 2013.

The National Crime Agency (NCA) told members of the UK tabloid press that the players were being interviewing by local police in connection with the case that made all of the headlines thanks to undercover reporters.

The Preston players are believed to be Captain John Welsh, Keith Keane, Bailey Wright, David Buchanan, Ben Davies and Graham Cummins, with Barnsley defender Stephen Dawson also taken in for questioning. Davies and Cummins are on loan at York City and Rochdale respectively meaning the scale of the cheating could be even further than just the fields involving Preston and Barnsley.

The tabloids also report that the previous six players have also been rearrested for further questioning into alleged bribery and money laundering matters.

The madness started when undercover reporters video taped the former Portsmouth star Sam Sodje admitting to getting deliberately sent off in return for a £70,000 bribe.

Sodje’s brothers Steve and Akpo who play for Tranmere, Blackburn striker DJ Campbell, Oldham winger Cristian Montano and Tranmere defender Ian Goodison have all been rearrested after the NCA stated ‘new evidence’ had surfaced in the proceedings.

Preston released a statement in reaction to the arrests.

“In response to media inquiries received, Preston North End Football Club can confirm that today, April 3 2014, the club has been contacted by the National Crime Agency in relation to a wide-ranging investigation into ‘spot fixing’ in football.

“There are no suggestions that any offences that might have occurred involved match-fixing.

“None of our employees have been charged with any offence at this time and until or unless this position changes we will be taking no further action nor making any further comment.

“All of our contracted employees are available for selection by the manager.”