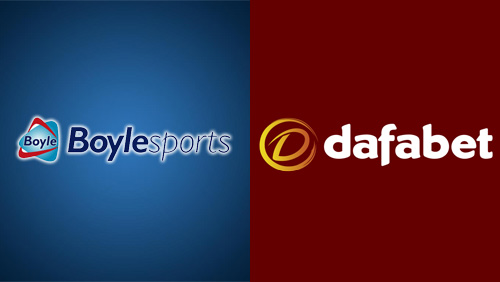 Boylesports and Dafabet have secured new sponsorship deals that will see them headline the Irish Grand National and World Snooker Championships respectively.

John Boyle and his band of merry men, and women, at Boylesports are in the news quit a lot lately, and that roll continues with the signing of a sponsorship deal to take over the headlines of the Irish Grand National.

The three mile and five furlong race will take place at Fairyhouse on East Monday (21 April) and will feature a prize pool of €250,000.

The race has existed since 1870 and today sees 24 fences separating the horses from the starting line and winning line. Last year saw Liberty Counsel romp home to take the first prize.

Boylesports will take over the sponsorship responsibilities from Ladbrokes, who secured the deal to take over from the long term sponsorship partners Irish Distillers, back in 2011.

The Fairyhouse General Manager Peter Roe was also delighted with the deal: “It’s always been the ‘race of the people’ which captures the imagination of every man, woman and child in the country.

“This is also the race where the syndicate, small owner and trainer have the opportunity to come and take on the most famous names in the sport.”

The Boylesports chief added: “We’re very proud and privileged to be associated with Ireland’s greatest race and we look forward to working with our partners at Fairyhouse in making the 2014 Boylesports Irish Grand National an unforgettable race – a race for the people.”

Dafabet, the subsidiary of AsianBGE, have been unveiled as the new sponsors of the 2014 World Snooker Championships.

The 17-day tournament will run April 19 to May 5 at the famous Crucible Theatre in Sheffield, and the World Snooker Chairman has made some impressive changes to the payout structure.

“We have increased the prize money this year to £1,214,000 with the winner to receive the biggest check in the history of snooker. With so many top players in form and in contention, it’s going to be an incredible 17 days.” Said Barry Hearn.

The winner of the contest will take home £300,000, and the reigning champion Ronnie O’Sullivan will once again be amongst the favorites when the action kicks off.

Dafabet Managing Director of Online Betting and Gaming, Dimitris Karatzas, said: “We are very proud to be title sponsor of Snooker’s Flagship event as the World Championship is rightfully recognized globally. We look forward to the excellent exposure we will receive over the duration of the tournament and of course seeing Dafabet at the iconic Crucible. Roll on April 19th and the start of the tournament, where no doubt further history will be made.”

Dafabet take over from the former sponsors Betfair.