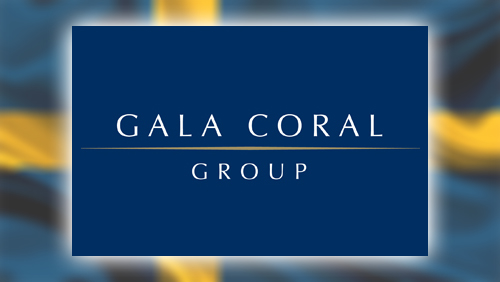 Gala Interactive has hit the Swedish market after the soft-launch of Gala.se, marking the first foray outside of the UK for the European gambling and entertainment company.

If you were a strong UK company and wanted to set up shop in a second European country, which would you choose?

Gala Interactive, an online division of the Gala Coral Group, have chosen Sweden as their holiday home outside of the rain and windswept British Isles, after the soft-launch of Gala.se.

The land of the types of bins you will find in bathrooms all over the world, stunning blonde women and Zlatan Ibrahimovic has been chosen by Gala Interactive because of signs of positive growth in most product verticals, and with one beady eye on 2017 when we expect to see the liberization of a market owned by the state monopoly Svenska Spel.

Gala Interactive have brought Playtech into the fold to provide their entire suite of casino, live casino, bingo and poker games, with more exclusive titles due for release later in the month.

In a move that is growing in popularity Gala Interactive have launched the format in HTML5 to gain wider audience, with a native app planned for released sometime in April.

“Gala.se will bring something new and exciting to the Swedish gaming market and we have big plans for the brand for when it hard launches,” Per Widerstrom, managing director of Gala Interactive said.

According to our friends at eGaming Review, recent predictions from Global Betting and Gaming Consultants have pitched Sweden’s CAGR at 6% for the next five years.

The news comes after the UK 2014 Budget halved taxes on bingo halls from 20% to 10%, presenting an interested conundrum for Gala’s bingo division, after rumors circulated at the back end of 2013 that they were prepared to sell their bingo hall business as whispers of a potential flotation circulated around the gaming world.