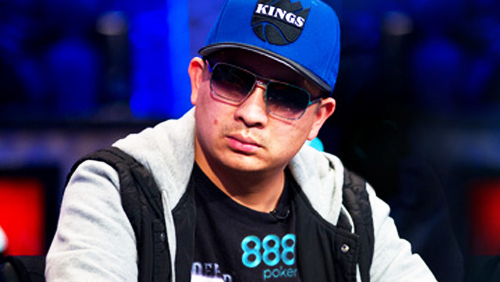 The man recently ranked #8 in the Global Poker Index (GPI) Player of the Decade list has just taken his total live tournament career earnings over the $11m mark, by taking the World Poker Tour (WPT) title at Rolling Thunder.

It was Tran’s sixth WPT final table and second title following up on his 2007 victory in Reno, a year when Tran made three final tables in the space of a few short months.

The 888 sponsored pro picks up $302,750 for this win, and a seat at the $15,400 World Championships at the Borgata, after topping a final table that included Preston Harwell, Quoc Pham, Mimi Luu, Benjamin Zamani and Ken Jorgensen.

He started the day as one of the short stacks with 23BB, but he was the man with all the experience, talent and more importantly he knew the route to get to the very top.

He is a survivor. He is a winner. He is class.

It took 211 hands for Tran to outlast the other five players. Harwell started the heads-up encounter with an 8,415,000-v 5,535,000-chip lead, but Tran would soon turn that around with a succession of winning pots.