Chinese Poker Players Are the Key to Poker’s Future

With all eyes on the returning North American online poker market, Lee Davy takes a look to the Far East and begs the question – does China hold the key to pokers future? 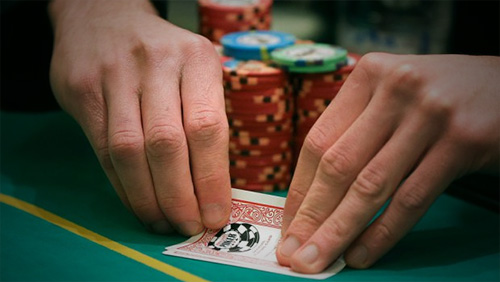 Poker is going through a transition.

It’s difficult to put it into words, and I am too lazy to do any real hard investigatory work, but as I work in the middle of it I can sense it. It’s talking to me deep from within my gut.

More and more top quality poker players, who rely on this game as their profession, are falling by the wayside. Backers are becoming more prominent than ever as professional poker players struggle to scratch together the money required to keep in the game.

Unless you are sponsored by one of the online poker rooms then earning a living purely through live tournament poker is starting to become as sensible as becoming a professional roulette player.

The new breed of poker player needs to be adaptable. They need to be able to play both cash games and tournaments, both online and live. Online poker is the key because it provides the one thing that a top quality professional player needs and that’s volume at a touch of a button.

But even the online poker arena seems to be crumbling with all of the major online poker sites on a mission to put better welcoming mats out for the recreational poker player.

The fish are dying out with the African Rhino.

There are two keys to success: the first is an online poker environment that allows the recreational player to have fun, feel safe, secure and one of the gang. Secondly, you need a large pool of recreational players willing to part with a substantial amount of their hard earned wages.

This is where China comes into play.

With around 20% of the world’s population all twiddling their thumbs behind the longest wall in the world, there is more than enough fish to populate our dying seas.

To get an inkling of the power than China has when it comes to gambling you only have to look at Macau. The gambling mecca of the world is positioned outside of the Chinese borders only because of the gambling restrictions that exist within.

Should they relax their laws, and the success of Macau will go a long way to enabling this to happen, then Chinese poker players will flood our market with such force that we had better start building our arks.

When those arks eventually hit the dirt the world’s greatest live tournament players will be the first to move a wobbly step forward. It’s already home to the biggest live cash game in the world, and the home of the Super High Rollers will also soon exist in either China or Macau.

There are only four Chinese poker players who currently reside in the homeland who have earned over a million dollars in live tournament profits and they have all had success in Super High Roller tournaments with Stanley Choi leading the way with the hug $6,583,360 prize he won at the $258,000 Macau High Stakes Challenge Super High Roller in Macau back in 2012.

Not only will the online poker industry be flooded with hundreds of thousands of recreational players, but the highest end of the food chain will also be supplemented with it’s own choice of chum.

PokerStars can see what’s happening hence their intensive marketing around PokerStars Team Asia, with particular focus being placed onto Celina Lin; a young women who is every bit as Australian as a Wallaby but looks, and is, quintessentially Chinese.

If the Asian youngsters like anything, they do like Eastern superstars who have the power to put one over the West, which is why I think Hui ‘Kitty’ Chen-Kuo will not be without a sponsor for too long.

Kitty is the only Chinese player in the Global Poker Index (GPI), where she currently resides in 152nd place, and her American base, and willingness to travel the European poker circuit means she is in a great position to show what the Chinese can do if given an extended run at some major live tournaments.

Chinese poker hasn’t really made it’s stamp on the world, but then again, it really hasn’t had the opportunity due to the regulatory knots that binds it. Once these unravel, and the wrists are allowed to breath, then I believe poker will change, and change for the better.

Our waters will be full of fresh fish, and they will all be red.