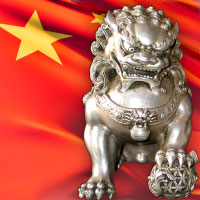 Chinese gambling superstitions are a real thing, especially for, well, the Chinese, considered one of the most superstitious people in the world. And there’s really nothing wrong that. On the contrary, a lot of Chinese people have taken advantage of these superstitions and have built successful lives and careers out of them. And yes, that includes those who love to gamble.

So the next time you go to Macau and you hear a Chinese man call out the words Deng (Cantonese) or Ding (Mandarin) before opening their cards in baccarat, they’re not just hollering out some random expression. What they’re actually doing is adhering to a superstition that they believe is gonna lead to getting good cards.

But that’s not the only superstition the Chinese have when it comes to gambling. Running through an entire list is going to take some time so we decided to limit it to just eight pretty popular Chinese gambling superstitions that a lot of Chinese gamblers observe. Notice how we’re only talking about eight superstitions? That’s because eight is a lucky number among the Chinese because in Mandarin, the number sounds like the Chinese translation for “prosperity”.

So here it is, eight gambling superstitions that a lot of Chinese people still abide by to this very day.

Wear red before going to a casino, preferably a red underwear

This might sound a little cheeky to some people, but the Chinese are very serious about this particular superstition because in their culture, red represents joy and good fortune and that extends to gambling where its believed that wearing red underwear is going to bring you good luck. No specific details on the actual type of underwear you need to have on, so as long as its red. So whether its briefs, boxers, bras, or thongs, so as long as their red, you should be good to gamble.

It’s in the numbers

When you’re going to a hotel for the night and you’re planning to play in its casino, understanding your numerology, or a least a basic comprehension of it, could spell the difference between a hot run or a cold spell in the tables. Generally speaking, avoiding the number 4 is a good place to start because the number sounds like the Cantonese word for “die”. On the flip side, gravitating towards the number eight is a good idea because of the aforementioned reason of prosperity. Moving to more complicated numerology, Chinese gamblers also tend to use the numbers 3, 6, and 9, and combining them with 8 to form positive combinations. It’s a complicated web of understanding the whole concept of Chinese numerology, but the basic gist is to stay away from anything that has to do with the number 4 and embrace anything that has to do with the number 8.

The power of feng shui

A lot of Chinese gamblers believe in the power of feng shui, the belief that the world is full of chi or force, be it positive or negative, that can be manipulated to their advantage. It pretty much extends to gambling where a lot of Chinese gamblers stay away from walking into the main entrance of a casino because these entrances are supposedly cursed by feng shui masters. One particular example that happened at the MGM Grand was its decision to change its entrance because it forced casino goers to have to walk through the mouth of a lion. A lot of Chinese gamblers and some Westerners who believe in feng shui wouldn’t have any of it, though, because it was considered bad luck under the auspices of the ancient philosophy.

Pray to the gambling gods

This pretty much says it all, right? Praying to these supposed deities is a big thing for Chinese gamblers, so much so that there are specific circumstances that call for a shout out to these omniscient gambling spirits. Praying and making an offering to the gods before going to a casino is highly encouraged, as is praying before the day of lottery draw, making more offerings to the gods when you hit on these lotteries. Doing so, it turns out, gets you in good favor with these gods and as a result, your luck is deemed to be prosperous.

NO mentioning of books and NO touching of shoulders

These two seem pretty trivial for a lot of Westerners, but the Chinese take this don’t-tell-me-you-have-read-books comment and don’t-touch-my-shoulder-when-I’m-gambling pretty seriously. As it turns out, mentioning anything pertaining to books is considered unlucky because the Chinese translation for “book” sounds similar to “lose”. As far as the whole shoulder thing is concerned, its not only considered bad luck in gambling, but it’s also a rude gesture to make just about anywhere.

This one is pretty weird, not to mention a little queasy to understand if you’re a male. It specifically pertains to females because if she wants to be lucky gambling in a casino, or anywhere for that matter, it’s highly encouraged that she gambles when she’s having her period. Yep. When it’s leaky-leaky down there.

Wash (or don’t wash) the hands to change your fortune

This superstition has become pretty popular, even among Westerners. The whole point of washing your hands is to specifically change the course of your luck. So when you’re in the middle of a losing streak, you should be running as fast as you can to the nearest bathroom to wash your hands and wash the bad juju away. Conversely, if you’re on a roll of a lifetime, you should avoid washing hands so as not to wash away the good juju.

No sex before gambling

This one’s a little hard to come to terms with for obvious reasons. But the Chinese have made it a point of pride that if they want to score big on the gambling tables, they’re going to hold off getting lucky on…other tables…or beds…or toilets…or closets.