The value of underdogs in handicapping baseball 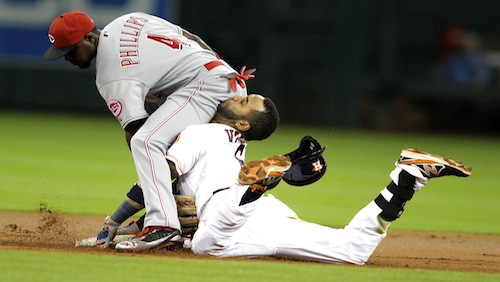 Even if favorites seem like a far easier side to bet on, true value in baseball betting actually lies on the underdog, that is if you pick the right spots and understand the parity populating the sport these days. It’s no accident that winning 100 games in a baseball season is pretty darn difficult, even for the best of teams. Last season, no team in the majors had a winning percentage of .600 or more. The closest to that percentage were actually the two teams that met in the World Series: the Boston Red Sox and the St. Louis Cardinals. Guess what their winning percentages were.

Even the best teams in baseball loss their share of games, some more than they should. And that’s precisely why underdogs have a whole lot of value in the sport of baseball.

If you know how to bet on baseball, you probably know that handicapping it is different from how you do it in football or baskeball. Point spreads are a foreign concept in baseball and instead replaced with the money line and the run line. Favorites and underdogs are handicapped based on the public’s perceived difference between the two teams. That’s where the concept of the money line comes in wherein odds are usually put in place to show how much of a favorite one team is and how much of an underdog the other team is. Typically, when you’re betting on money line favorites, you get much lower odds than when you bet on the dogs. Siding with favorites all the time may sound like a good idea because those teams are “supposed to win” but like we said, a lot of the good teams in baseball lose their fair share of games, too.

Now, its important to remember that riding the Houston Astros and its 51-111 record won’t get you anywhere either. What’s important is looking for underdogs in the right situations.

Starting pitching is one of the most important resource materials when betting on baseball. Oftentimes, it’s the good teams that have the lethal aces, so when a big underdog is playing against one of these guys, there’s a good chance that they’re not going to win. But on those times where a run-of-the-mill starter takes to the mound for the favorite and the underdog is countering with a stud pitcher on its side, that’s a nice endorsement to go with the dogs. This is precisely the reason why my favorite pitcher in baseball last year was the Miami Marlins’ Jose Fernandez. He was on a pretty pathetic Marlins team, but every time he took the mound, you knew Miami had a chance to win, even if they were huge underdogs heading into the game. Looking at skewed pitching match-ups and figuring out when dogs have the advantage on that end is a good resource to have at your disposal.

The baseball schedule is also a good starting point to find out where those live dogs are. The league plays so many games that it’s impossible to keep up with all of them. But if you’re going to find underdogs that are good bets, you need to look at how many games a team has played in the last few days, how much traveling have they done, and whether their opponents are worse for wear than they are. Well-rested underdogs playing weary favorites are one of the best bets in baseball, and its even better if these dogs are playing at home.

The most important thing to remember about betting on underdogs is you’re not going to win a whole lot of games. Heck, you’re likely not going to win half of your bets. But the value of these dogs can’t be seen in your winning percentage, but on how those returns stack up at the end of the year. If you play your bets right, and pounce on dogs with great value, you can be on the black, even if you only win four out of your nine bets.

The key is knowing when to take these dogs and ride them to the betting counter.