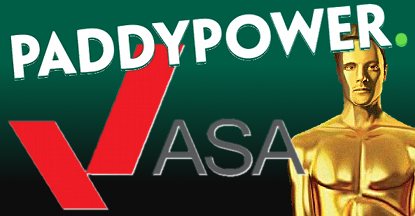 The UK Advertising Standards Authority (ASA) has ordered the immediate withdrawal of that controversial Paddy Power advert involving Paralympic gold medalist and accused murderer Oscar Pistorius. The ad featured the South African athlete’s face on an Academy Award statuette and offered to refund all wagers on the verdict of Pistorius’ murder case with the tagline “money back if he walks.” Pistorius is accused of shooting his girlfriend Reeva Steenkamp at his Pretoria home on Valentine’s Day 2013.

On Wednesday, the ASA announced it had launched an official investigation into whether the ad was “offensive for trivializing the issues surrounding a murder trial, the death of a woman and disability.” The ASA was also interested in whether the ad “brings the good reputation of advertising generally into dispute.” The ASA said it considers the ad “may be seriously prejudicial to the general public” in its potential to cause offence and “the good reputation of the advertising industry may be further damaged by continued publication of this ad.”

Paddy Power is renowned for its cheeky approach to marketing and is no stranger to run-ins with the ASA. However, the Pistorius ad has generated over 5,200 complaints, setting a new ASA record for public outrage. (The previous record holder, Kentucky Fried Chicken, generated only 1,671 complaints for a 2005 ad campaign featuring employees singing KFC’s praises with their mouths full.) The Pistorius ad has also sparked a protest petition at Change.org that has garnered over 122k signatures to date.

The ASA’s reach doesn’t extend to Paddy Power’s Ireland-based website, but the ASA has ordered that the ad “remain out of circulation in all UK media” until its fast-tracked investigation has concluded. The Advertising Standards Authority of Ireland (ASAI) has said it is examining complaints it has received about the ad.

Paddy Power CEO Patrick Kennedy has defended the campaign, saying it was “about the trial and not about the murder” and vowed not to pull the ad. A Paddy Power spokesman has stated that the ad was a one-off timed to coincide with the Academy Awards telecast and the commencement of Pistorius’ trial.

NO TOBACCO-STYLE CLAMPDOWN ON UK GAMBLING ADVERTS
Meanwhile, the Department of Media, Culture and Sport that oversees gambling has walked back media reports over the weekend suggesting gambling adverts would soon face tobacco-style restrictions in the UK. Culture secretary Maria Miller has ordered a review of gambling ads on television but UK media outlets quoted a source saying ministers were eyeing a clampdown similar to that imposed on tobacco advertising in 2002. The DCMS has since clarified that while it has asked the ASA to examine gambling advertising codes to see if changes were warranted, any suggestion of a tobacco-style smackdown was an exaggeration of the government’s position.

Figures released last year by media regulator Ofcom revealed that the volume of gambling adverts has risen 600% since restrictions were loosened in 2007. The Labour party has said bookmaker ads during sporting events are flouting guidelines barring gambling ads from airing earlier than 9pm. Before Miller’s comments, Labour had vowed to introduce an amendment to the Gambling (Licensing & Advertising) Bill currently being debated in the House of Lords that would have explicitly barred gambling ads from airing prior to the 9pm watershed, but this was pulled after what Labour peer Baroness Jones described as Miller’s “very welcome conversion on the road to Damascus.”