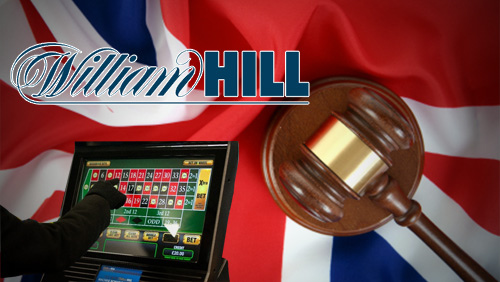 William Hill boss Ralph Topping agrees with the Culture Secretary Maria Miller’s view that the UK Gambling Industry needs to make some mandatory changes for the betterment of the nations children and those vulnerable to problem gambling.

Is enough being done to protect the vulnerable from the harm that gambling can cause in the UK?

According to an article in The Sunday Times, Culture Minister Maria Miller, believes the answer to that question is ‘not enough’, and she has found support from an unlikely ally.

William Hill chief Ralph Topping has posted a blog throwing his full support behind most of Maria Miller’s ideas, in particular the areas surrounding proposed changes to advertising laws and laws around the use of Fixed Odds Betting Terminals (FOBTs).

When speaking of the Associated British Bookmakers (ABB) Voluntary Code of Practice, which was launched on 1st March, the Culture Secretary said: ‘This was a good step forward. However, these measures are part of a voluntary code, meaning that the decision still lies with individual bookmakers as to whether or not they will apply them. Given the serious concerns, this is clearly not enough.

‘Therefore, I have decided that these player protections must be made mandatory so that every bookmaker must abide by the new rules. I have asked the Gambling Commission to make sure this happens.

‘In the future, these rules will therefore form part of the operators’ license conditions and bookmakers will have to accept them or not be able to trade. The voluntary code is a good starting point but it needs to be tougher and enforceable. This will make sure it is.’

Miller was referring to practices that included creating pop up warnings that reminded players how long they had been playing on the FOBTs or how much they had spent, moving the terminals away from the shop window, and decreasing the limits that people can actually spend per session or per spin.

Topping reacted by supporting Miller’s proposals to make the ABB COP mandatory,  “I welcome the Gambling Commission’s consultation and firmly believe that the Code should be a mandatory requirement across the entire industry.”

The William Hill chief did take the time to ‘dispel a myth that gaming machines have driven an increase in problem gambling when he reminded people that problem gamblers are not product-centric and instead use ‘six to seven different products,’ and that the ‘prevalence of problem gambling in the UK was always low by international standards and based upon the recent health survey in England it has reduced from 0.9% to 0.5%.’

When it comes to the personality of the FOBT it seems the classic Mark Twain quote is very apt.

“A lie can travel half way around the world while the truth is putting on its shoes.”

The Culture Secretary also urged the Advertising Standards Agency (ASA) to consider if it was appropriate to broadcast so many commercials from the gambling industry. Her particular ire was focused on the daytime showing of such things that affect our children.

Once again Topping was behind changes in advertising laws but wanted to make sure that everything was done in context whilst reminding readers that, ‘ In terms of this analysis, 38.8% relate to Bingo, 29.6% Online casino and poker, 25.6% Lotteries and Scratch Cards and, only 6.6%, relate to sports betting.’

The UK TV watcher is being subjected to 1.4m gambling ads per year, which is a seven-fold increase since 2006. Everyone knows the power that advertising has on the mind, as was never better demonstrated than the decision to ban all tobacco related advertisements back in 1991.

Is gambling heading in the same direction?

Not if Topping has anything to do about it.

His decision to back the Culture Secretary is a smart move as the adage, ‘if you can’t beat them then join them’ seems to be jumping to the front of this particular debate.

“I will ensure that William Hill will lead the way on this and I am certain that the entire betting industry will adopt a considered and supportive approach.” Said Topping.