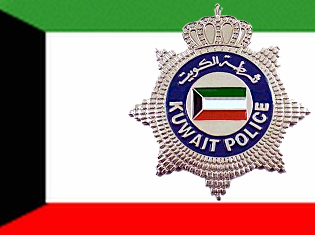 Police in Kuwait broke up an illegal casino on Tuesday, arresting around 30 individuals including an American and four Europeans. An early report in Al Qabas described the American as the former owner of a US casino, while the Europeans were described as veteran casino professionals. The unidentified westerners told police they received large monthly salaries in exchange for managing the illegal casino operations.

The casino was run out of a local doctor’s luxury beachfront apartment in Kuwait City’s Salimiya neighbourhood and catered to high rollers (the Arab Times described one of the arrested individuals as a “famous sports commentator”). Police were tipped off to the casino’s existence by a gambler who’d gone on an extended losing streak, reportedly dropping 200k dinars (US $712k) at the gaming tables.

Suitably motivated by regret, guilt and/or revenge, the gambler marched on over to the local police station and filed a complaint. The cops sent an undercover man into the casino, where his smartphone obtained video evidence of roulette wheels, card games and what Emirates247 called “other modern Western gambling methods.”

By Friday, Al-Watan reported that 22 of those arrested had been released on bail. Six individuals remain in custody, including the doctor and his brother – a former Lt. Col. with the Interior Ministry – as well as four unidentified Arabs. The doctor, who has since been fired by the private hospital at which he worked, was said to be using his brother’s reputation to reassure gamblers that the casino was immune to being raided. Whoops.

Police said the doctor’s swinging bachelor pad was the largest of the small casinos that have sprung up across the country recently but that a major crackdown was coming. Gambling is strictly off limits in Kuwait, with the Interior Ministry going so far as to warn people not to play Zynga Poker back in 2011.