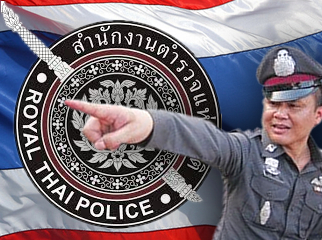 Residents of Thailand love to gamble, so much so that Courts of Justice statistics put gambling third on the list of prosecuted crimes. The courts handled 49,752 gambling cases last year, behind only drug and traffic offences. Convicted gamblers face fines from Bt500 to Bt 5000 (US $17 to $170) and potential jail stints from three months to three years.

With little in the way of legal gambling options available, Thai gamblers are forced to get creative. For instance, Prime Minister Yingluck Shinawatra’s recent decision to get three new government transport vehicles caused consternation among local bookies. It seems that the license plates on Shinawatra’s previous state-sponsored rides contained four-digit number strings that matched winning national lottery numbers. As a result, underground lottery players have taken to using Shinawatra’s new license plates to pick their lucky numbers, which has prompted underground lotteries to stop accepting these numbers as a hedge against a potentially massive payout. Players who managed to get their lucky numbers in before the ban came down are now selling their tickets to other bettors at a 700% markup.

Last month, Police Commander-in-Chief Gen. Adul Sangsingkaew announced a nationwide crackdown on gambling dens and other places of ‘vice,’ and warned that officers who failed to carry out this order with sufficient zeal would find themselves out of a job. On Sunday, more than 200 officers from Metropolitan Police Division 2 carried out a raid on the well-known Tao Poon casino in the Bang Sue district of Bangkok. But things took an unexpected turn when the casino patrons mounted an unexpected defense of their right to gamble.

The Bangkok Post reported that when the initial squad of 50 police arrived on the scene, they found the casino entry points too well fortified to gain entrance. The cops then proceeded to climb onto the roofs of neighboring buildings and lay ladders down as bridges to gain access to the casino building’s roof. As they were doing so, the police came under attack by irate locals who began pelting the police with sticks, rocks, bottles, ceiling tiles and other projectiles. Some even turned fire extinguishers and scalding water on the police.

The delay caused by this deluge proved critical, because when police finally gained entry into the casino by smashing through a vent, they found nine gambling tables but no gamblers, no casino employees and no cash. Adding injury to insult, not only did the police fail to make a single arrest, but three officers were injured in the melee, including two who fell from the roof. Attempting to put a brave face on things, the commander of Metropolitan Police Division 2 said he believed “we have sent our message across that we are seriously cracking down on gambling.”

Yes, and Thai gamblers sent their own message, similar to the one sent by New York City’s gay community to local police nearly half a century ago. In 1969, an attempted vice raid by cops on a gay bar in Greenwich Village called the Stonewall Inn resulted in an ‘enough is enough’ moment for members of New York’s gay community, who physically stood up to the police, prompting a mini-riot to take place outside the club. Eventually, the outnumbered cops actually locked themselves inside the bar until help could arrive. In the end, the point had been made and police eventually gave up the notion that gay bars were an easy way to top up their arrest quota for the week. Could this bungled casino raid be Thai gamblers’ ‘Stonewall moment?’