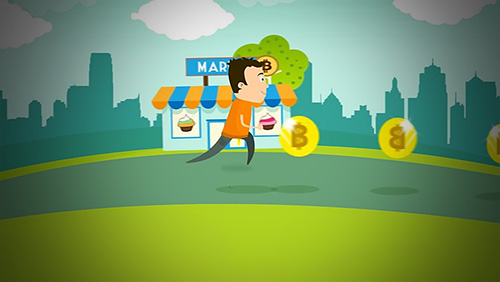 Mauro Velazquezz is a man with a plan.

The young Argentinean wanted to attract enough funds to be able to create his own business and decided that online poker would be a better way than any to earn that crust.

Three years later and Velazquezz had achieved his goal whilst plying his trade on the Heads Up Limit Hold’em tables, before the entrepreneur used the funds to invest in a Bitcoin Treasure Hunt mobile game known as Coinding.

I caught up with Velazquezz to discuss his new project and this is what he had to say.

Do you still play poker today?

“I stopped playing about a year and a half ago. Sometimes I might play for fun, but generally I stay away from the tables.”

How did your relationship with poker begin?

“I only started playing poker to make some money for a project, so I guess it was part of a bigger plan. After a while I started to be very successful and eventually fell in love with the game, but I was always very clear that I would step away once my financial goal had been achieved.

“You can make a good living from poker, especially in Argentina, but I wanted to do something much bigger with my life. I really wanted to create something that could help people in some way.”

Why did you choose to invest in a Bitcoin product?

“I think it’s such an incredible invention that has a bunch of advantages. It’s digital money so you don’t have to move paper around the world and this has some amazing cost benefits for people.”

“Coinding is a treasure hunt/scavenger hunt mobile game where people uncover puzzles and treasure that translates into Bitcoin prizes. If you pay attention to the movies you will realize that people go crazy for treasure hunts and so I think it will be a great success.”

If you are giving Bitcoins away for free where do they come from?

“The money is coming in from a multitude of places. The way the economy works is the worth of Bitcoins rise when there are more players in the economy. So there are a lot of people who have a lot of Bitcoins and would like to see more people entering the economy so they give us Bitcoins to give away during the game.

When is Coinding going to be rolled out on mobile?

“We plan to launch in three cities in April and then over time we will slowly expand city by city. We don’t know where we will be launching yet as it’s all down to player demand. If you would like your city to be the first place to host the game then head to the website, click on the map and choose your city. We will open in the three cities that are most in demand.”

How does the game work?

“There is a whole story behind the game which I don’t want to go into right now, but it’s a lot of fun. Your mobile phone will become your companion on your treasure hunt and you will be given various puzzles to solve that relate to the city you are playing in. Correct answers lead to various different types of treasure, and these all have Bitcoin value.”

How was the idea first conceived?

“It was my brother who came up with the idea and we wanted to see what we could do to make Bitcoin grow as fast as possible. The two things missing from a burgeoning Bitcoin economy are (a) more people with Bitcoins and (b) more shops that use Bitcoins as their primary financial vehicle. This game helps solve both of these problems.”

If you are giving Bitcoins away will you ever run out of them?

“That won’t be a problem. We have a lot of sources and if it works in one city it can work in a hundred cities.”

Do you have plans to create a version of the game that can be played for some serious money?

“At first we are not going to do that but in the future we may have bigger games with bigger prizes.”