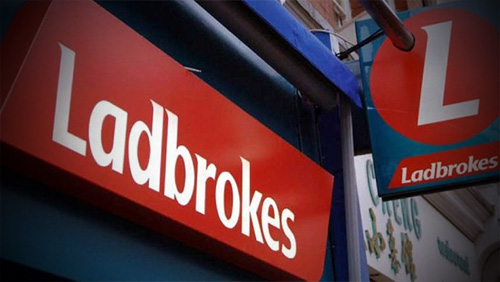 Ladbrokes to halt high street expansion in a move that will see capital expenditure reduce from £100m to £60m, and allow further focus on the digital operations.

The ink is barely dry on the report that our very own Steve Stradbrooke brought you about the increase in UK retail space being hoovered up by hungry bookmakers, and it seems there is an about turn for Ladbrookes.

Ladbrookes has opened 200 shops in the past two years in a move that has seen them rise from the depths of 126th most aggressive acquirer of floor space to 4th during the time frame 2008-2013.

According to news reports coming out of The Telegraph Ladbrokes are planning to curtail any further development in high street real estate in favor of applying the utmost attention to their struggling digital business.

Ladbrokes are one of the most prominent logos on the high street with over 2,300 shops, but the bookmaker is expected to make its high street ending announcement at its full year results later this month.

The move comes after Ladbrokes head honcho Richard Glynn has announced four profit warnings in recent months, and it is expected to net the pretty looking balance sheet £40m in untapped capital expenditure.

Ladbrokes decision to zig where everyone else is zigging, by moving forward with the reboot of the Playtech powered Ladbrokes online site, seems to be the sensible approach as (a) even my dog has a mobile phone (b) the anticipated cull of the Fixed Odds Betting Terminals (FOBTs) is going to hurt as much as tugging on a tiny nasal hair.

Experts believe Lads will be hit as hard as anyone if the government turns rumors into fact by changing the existing rules around FOBTs to add further protection to the consumer thereby damaging the bottom line of the boys in red.

“This year we are likely to be a net closer of shops as we focus on optimizing our investments in the retail estate and look to deal with some of the non-contributing shops.” A Ladbrokes spokesman told The Telegraph.