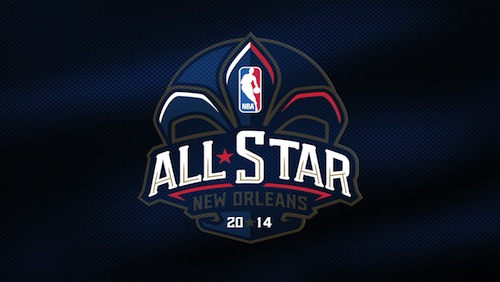 This weekend, the NBA schedule is taking a hiatus with the 2014 NBA All-Star Weekend touching down in New Orleans. So while the rest of the league take their mid-season vacations, the best of the best converge in the Crescent City for the weekend, determined to make the most of their experience.

But for sports bettors, All Star Weekend is that annual tradition when you don’t bet on the games, but on the players, specifically those who will showcase their skills in some of the competitions lined up. Whether it’s the 3-point shootout or the dunk contest, there are plenty of interesting bets to be made during the weekend-long festivities.

So, let’s start with the 3-Point Shootout, a competition that features some of the league’s most lethal marksmen. This year, defending champion Kyrie Irving returns to put his title on the line, except that even with his reigning champ status, the Cleveland Cavaliers All-Star point guard isn’t even the favorite to win the competition. That distinction falls on Golden State Warriors’ Stephen Curry at 2/1 odds. Just behind Curry is Minnesota Timberwolves and 2012 3-point shootout champion, Kevin Love at 4/1 odds. Arron Afflalo, the hot shot guard of the Orlando Magic, is at 5/1 and only then do we see Irving’s name at 11/2 odds.

The Portland Trailblazer’s Damian Lillard and the San Antonio Spurs’ Marco Belinelli are both at 6/1, followed by the Washington Wizards’ Bradley Beal at 15/2 odds. Bringing up the rear is the Brooklyn Nets’ Joe Johnson, who, at 10/1 odds, is already the longshot to win the competition.

Speaking of competition, the Sprite Slam Dunk Contest will also be a star-studded affair, featuring some of the league’s highest of high flyers. The Indiana Pacers will be well-represented by superstar Paul George, who, incidentally, is the favorite at 6/5 odds. Defending champ Terrance Ross is next at 7/2 odds, followed by Washington Wizards guard John Wall at 9/2 and Sacramento Kings rookie Ben McLemore at 5/1. Lillard, who is also 5/1 to win the dunk contest, is doing double-duty for the night, with the Golden State Warriors’ Harrison Barnes bringing up the rear at 17/2 odds.

The All-Star Game is the unquestioned highlight of the weekend featuring the best players in the NBA. With an All-Star Game MVP up for grabs, some juicy odds are on the table on who’s most likely to bring home the hardware. The obvious favorites are Oklahoma City’s Kevin Durant at 3/1 and Miami’s LeBron James at 7/2. New Orleans Pelicans center Anthony Davis is third favorite at 17/2 odds, followed by the likes of Carmelo Anthony (10/1), Stephen Curry (11/1), Paul George (12/1), Blake Griffin (12/1), Kevin Love (14/1), Kyrie Irving (16/1), and last year’s All-Star Game MVP Chris Paul (18/1).