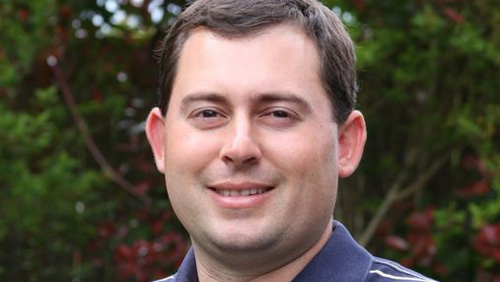 Long before Black Friday threw a King Kong size spanner into the works Dusty ‘Leatherass’ Schmidt was one of the most successful online cash game grinders in the business.

Famed for playing millions of hands without ever having a losing month, Schmidt soon attracted the attention of PokerStars where he became a member of Team Online, only having to surrender that position in the wake of Black Friday.

Schmidt is also the proud owner of two poker books: Treat Your Poker Like a Business and Don’t Listen to Phil Hellmuth, and it therefore comes as no surprise to learn that there is a third book in the offing: Critical Concepts; a book that is going to be released chapter by chapter with the first chapter: Pay Attention to Bet Sizing already available to be downloaded online.

I caught up with Dusty to ask him about the new book and this is what he had to say.

How does this book differ from Treat Your Poker Like a Business and Don’t Listen to Phil Hellmuth?

“Treat Your Poker Like a Business was created to try and teach people about the little things away from the strategy of the game that could help improve your win rate. In, Don’t Listen to Phil Hellmuth we attempted to expose a lot of bad advice that Phil, and several other well-known players, had given over the years. Not picking on them, but saying: ‘Hey the game has evolved and this advice is not as applicable as it once was.’

“This new book aims to break poker down into 8-10 critical concepts. We want to spend a lot of time on each subject and break each one down in a fun way. After this book comes out there will be a lot more of the same. We want to create a master volume of poker books and break down the game in ways that has been done in training videos, but not in books.

“It’s like taking apart videos bit by bit and putting the information into books. As a video producer myself I know they have their limitations. I love them and I built my game around them. But people will appreciate that sometimes it’s difficult to find a specific area you want to work on, especially with table game videos. This is a way to help those people out by providing a written alternative.”

How will Critical Concepts differ from a standard strategy book?

“It’s going to be different because it’s mine – and my co-authors – content and I take a different approach to a lot of people. Everybody is trying to develop this game theory optimal style of play. It’s become really prevalent in the past few years and I have differing views on game theory optimal being the way forward.

You have joined forces with The Way of the Poker Warrior author Paul Hoppe, tell me about relationship and why you decided to get some help?

“I can’t even imagine finding a better co-author than Paul. He compliments a lot of the areas I am weak at. Take for example hand selections. I could select a group of hands because I think they are perfect for what our readers need, but it would take me hours to break down the mathematics of the hands in order to make sure it’s perfect. Paul does this very quickly and much quicker than I.

“He is also great fun and a good friend of mine. His writing style is perfect for what I like because I don’t want to bore the reader to death. I want them to have the same treatment as they did with my previous books, which were top-notch advice and a lot of fun along the way. Paul helps me do that.”

There are going to be some people who oppose his idea of getting together a volume of best advice for poker players. What do you say to the dissenters?

It sounds like you want to be the next Dan Harrington?

“I think Black Friday has guided me in that direction a little bit, especially until poker gets rocking and rolling in the US. As much as I loved playing those millions of hands, it didn’t leave myself enough time to study the game like I used to. Now I have the best of both worlds. I am still playing a lot, and beating the games, but at the same time it’s not what it used to be. I don’t wake up every morning excited to play $1/2 and $2/4 online like I used to wake up to play $10/20 & $25/50 on PokerStars; so this is a way to get the best of both worlds. I get to write, and play, and hopefully improve my game in the right way for when the game returns fully to the U.S.”

The first Chapter of Critical Concepts: Pay Attention to Bet Sizing can be downloaded at www.pokerisaskill.com and the second chapter will be released on 7th February so keep your eyes peeled for that.